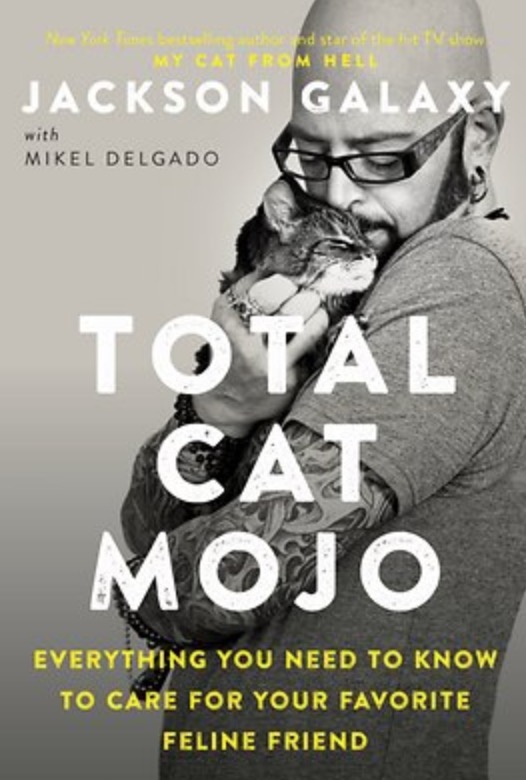 We have been fans of Jackson Galaxy ever since working with him on his Animal Planet show, “Cat vs Dog.” We also recently positively reviewed his book book Catification: Designing a Happy and Stylish Home for Your Cat (and You!). As such, we took great interest in his recent Modern Cat Magazine interview about his new book, Total Cat Mojo: The Ultimate Guide to Life with Your Cat. The following two questions and answers were particularly insightful:

SO AT THE HEART YOU THINK IT’S A FUNDAMENTAL MISUNDERSTANDING OF THE CAT’S ESSENCE OR THE CAT’S CAT-NESS THEN.

Yeah, it’s the thought that, I mean, look, both dogs and cats have four legs and they both have fur, but past that it’s like apples and grapefruits, man. They are different animals. We took dogs out of the wild and immediately started turning them into this animal that can do jobs for us, that look to us for all the answers in the world. We did that. But with cats, they were literally along for the ride for thousands of years. They did a job, they did it incredibly well, and we were like alright, stick around; you keep us from dying from rat poop in our food, and we’re doing great together. So we didn’t bother changing them in any way and then suddenly we are angry at them for acting out in that way that only a hundred or 150 years ago was totally normal behaviour. The difference is, we took them from the outside and put them in the inside and said “now do things for me.”

SO WOULD YOU SAY THAT MAYBE THEN PEOPLE DON’T RECOGNIZE THAT, TO A LARGE EXTENT, CATS RETAIN THEIR WILDNESS, THEIR ANCESTRAL QUALITIES?

We are at a very interesting moment in our co-evolution with cats. Up until this moment I really don’t consider cats to be fully domestic animals. I think that by treating them as such, we are not only setting them up for failure, but we are doing them a disservice. To a large degree…our desire to live with cats is to live with the wild. You know. But then we only take it so far and then we expect them to be domestic. And you can’t have both, you know.

Jackson, per usual, really hits the nail on the head here. In the history of cat-human relations, cats only started living inside our homes over the last couple of generations. Cats are not domesticated like dogs. This had led to improper treatment and expectations by human cat parents who don’t realize their furry loved one’s require a lot of stimulation to overcome boredom and stress-related behavioral issues. And, according to the American Association of Feline Practitioners, the best solution for getting that necessary stimulation, while keeping cats safe, are protected outdoor enclosures like catios.

We can’t wait to read Jackson’s new book and will post a review shortly!