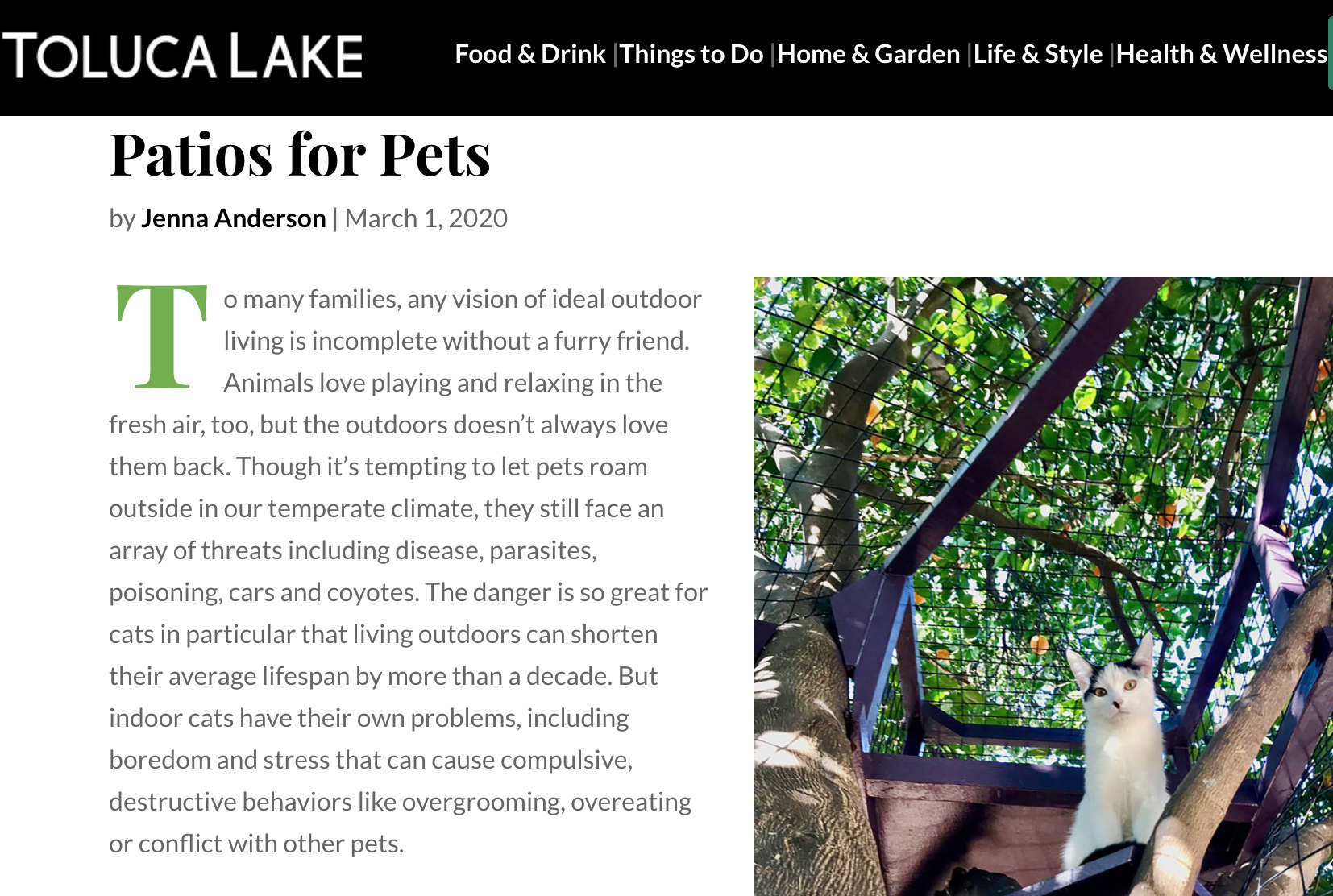 The March edition of Toluca Lake Magazine has a great article by Jenna Anderson titled, “Patios for Pets,” which includes the following paragraphs about yours truly:

“How to protect a beloved pet while allowing them the stimulation of the great outdoors? For more and more cat caretakers, the smart solution is to create a catio. As you might guess, this cute combo of “cat” and “patio” has come to signify any type of safe outdoor enclosure for felines. “With catios, cats can live long, happy and healthy lives,” says Alan Breslauer, who first built one nearly 13 years ago for his own cats, Monkey and Cooper, on the balcony of his one-bedroom Westwood apartment. Seeing how much it improved their mood and behavior inspired him to spread the joy to others by founding his own company, Custom Catios. “We design amazing stimulating cat environments that also blend in with homes and are aesthetically pleasing,” he explains. “In other words, we make the cats and the humans happy. It makes me feel I have the best job on the planet.”

Now approaching its third anniversary, Custom Catios has built nearly 100 enclosures across Southern California, including in and around Toluca Lake. While each project is unique based on the layout of the home and the needs of the cats, they frequently feature fun details like ramps, steps, ladders, bridges, boxes, beds and plenty of perches offering views of the surrounding area. “Our signature feature is 10-foot-tall floor-to-ceiling sisal rope climbing poles that cats love to scamper up,” Breslauer adds. Among his most memorable creations, he lists the catio built for Jackson Galaxy’s Animal Planet show Cat vs. Dog, as well as a recent 20-foot-tall enclosure wrapping around a 100-year-old orange tree in Sherman Oaks. In addition to many cat castles, the company has also built dog runs (aka “dogios”).”