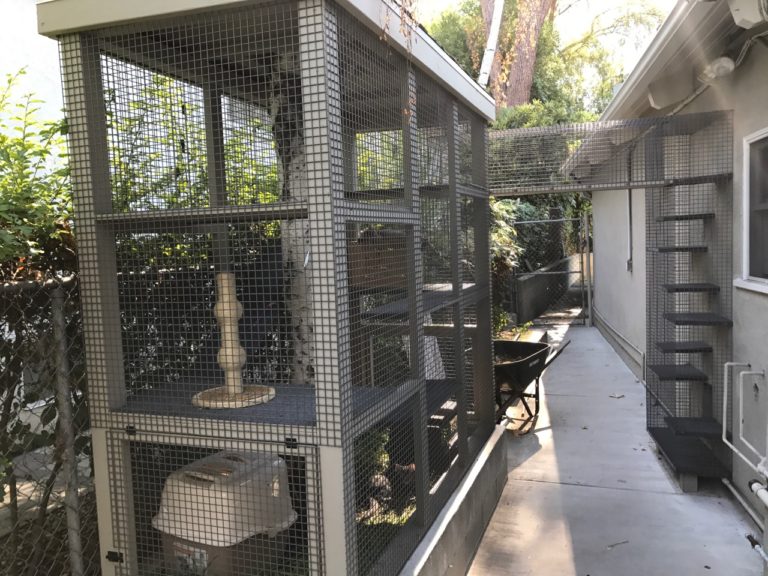 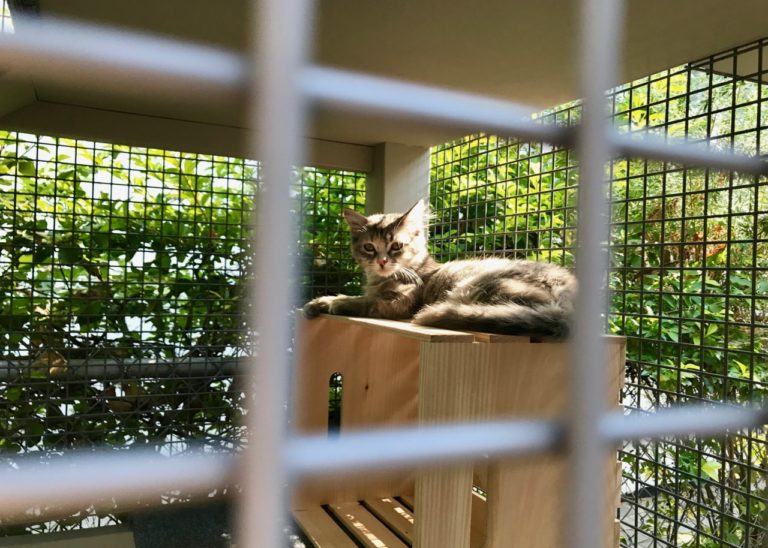 This was an extremely complex project that required imagination, ingenuity and skill to bring to fruition. We had to build around a mature tree growing out of a planter, utilize an existing doggie door away from the planned structure, and keep a pathway clear between the doggie door and the catio. The solution was to include a “chimney” to get the cats up the side of the house, a bridge over the walkway, and a shingle roof with a hole in it to accommodate the tree. With so many unique aspects to the design we created a video animation to give the client a full 360 degree perspective. Finally, we had to account for kittens which required the addition of three temporary steps to the chimney.

The build went smoothly and the design was flawless. The two young kittens took to the catio almost immediately despite the complicated chimney/bridge structure. Both kittens and the family are ecstatic with the final structure.