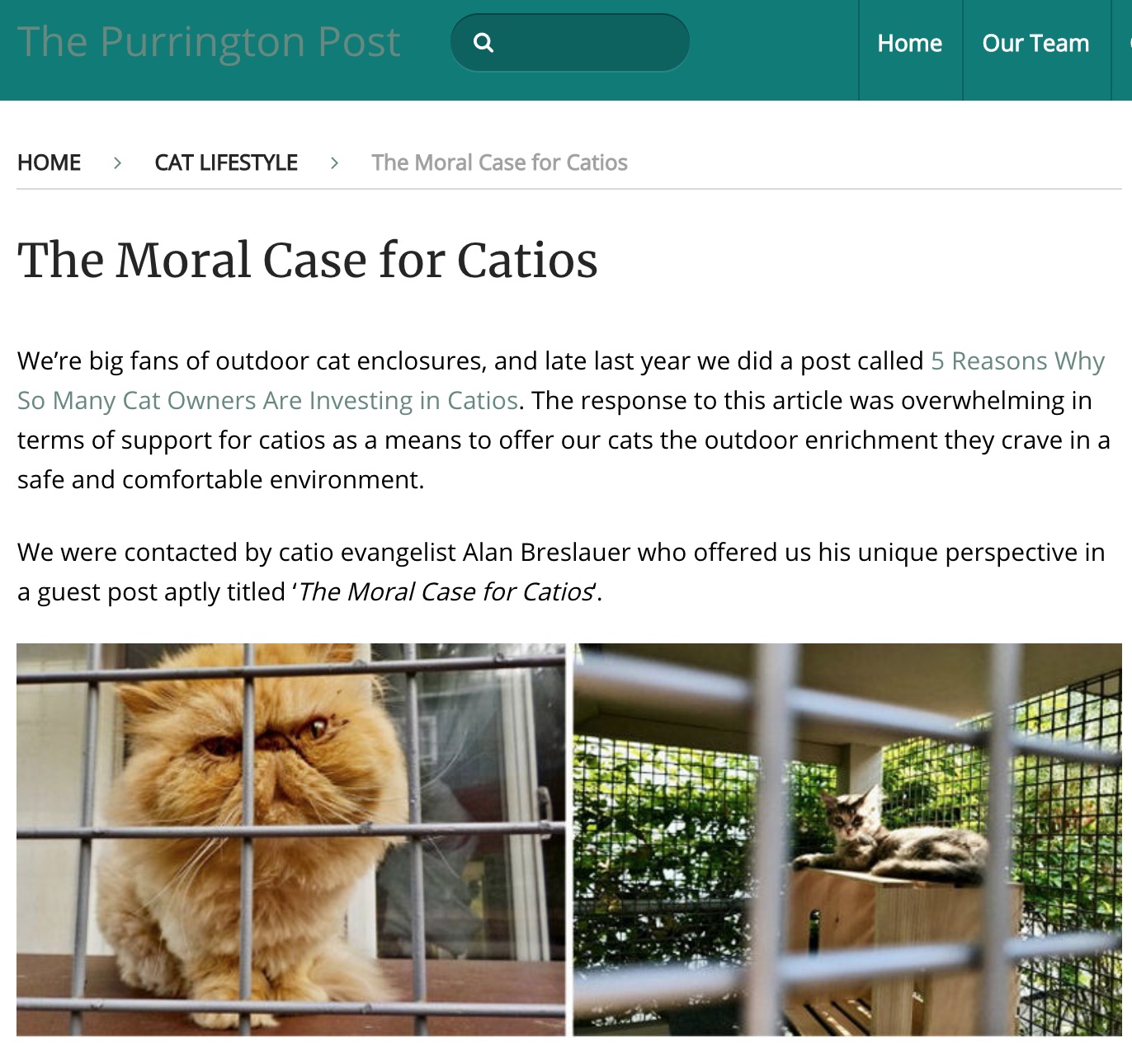 The Purrington Post published our article titled, “The Moral Case for Catios,” today! It begins:

“The greatness of a nation and its moral progress can be judged by the way its animals are treated.” ― Mahatma Gandhi

If you believe Gandhi, the United States is a significantly greater country today than it was even a decade ago. Just seven years ago we recognized the cruelty of confining killer whales to tiny saltwater tanks to perform tricks for our amusement. Protests and a drop in marine park attendance forced Sea World to announce the eventual end of orca exploitation.

Similarly, Ringling Bros. and Barnum & Bailey Circus no longer prod elephants for human entertainment, having retired the performing pachyderms to a 200 acre Florida sanctuary in 2016. More than 20 zoos have also refused to house elephants, which have complex needs, because they lack sufficient grounds.

Strides have also been made closer to home as evidenced by the booming $69 billion pet industry. According to one poll, 76% of owners classify their pets as “beloved members of the family.” Dogs have especially seen an uptick in their treatment with both dog walking services and doggie daycare businesses thriving.

Cats are likely to be the next beneficiaries of human moral progress. There is a movement sweeping the country to educate cat owners about the perils of allowing our feline friends to roam freely outdoors. As celebrity cat expert, Jackson Galaxy, plainly states, “I want cats to be indoors because I want them to live.”