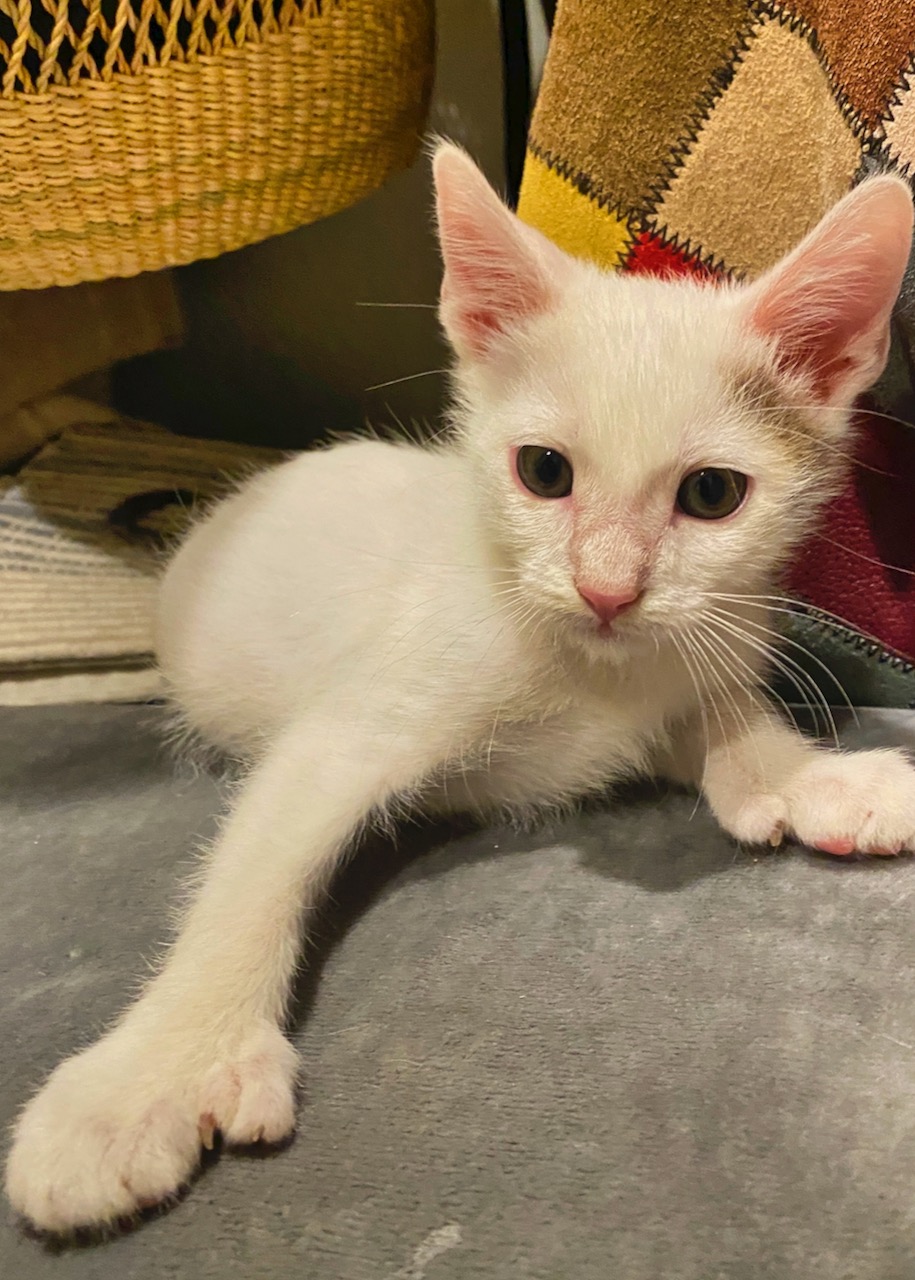 We did a thing! A few weeks ago, my third catio client ever reached out to see if we were interested in meeting a handful of PAWmazing kittens she was fostering. Ashley, who has helped more than 60 cats and kittens find their forever homes, said there was something special about this batch of male siblings. Rescued in a warehouse as tikes, with no mother to be found, the tiny, emaciated kiddos were bottle-fed back to health (watch the video).

The timing could not have been better. It had been more than three months since our beloved Monkey crossed over the Rainbow Bridge, and our grieving had shifted to a longing for feline companionship. We were instantly smitten with David Meowie, a pintsize white polydactyl oddball with balance issues. Unlike his ultracool namesake, this clumsy furball appeared to walk with mittens on his front paws and was anything but graceful. We were all in.

And I mean ALL IN. We had come intending to adopt two kittens, but how to choose between the outgoing Elvis Purrsley (diagnosed with cranial nerve damage) and the shier Purrince? The short answer is that you don’t. We adopted all three and also agreed to foster a fourth kitten, Kitty Purry, who looks like a sibling but was rescued far away from the fur family. Great friends adopted her and a second cat a week later.

With the history out of the way, please allow me to officially introduce the renamed S.A.N.T.O.S. Six Toes, Herbie The Love Bug, and Trey. S.A.N.T.O.S. is a larger-than-life character with paws to match his big personality. Herbie has fully recovered from his ailments and is all about love all of the time. Whether it’s me, Stephanie, Piper (the only dog he has yet to meet), or his brothers, he’s always up for snuggles. Trey is the third of the bunch, with three spots on his side, who is the most vocal and, perhaps, musically inclined.

The newcomers have filled the home with joy. Their playfulness, spunk, and love of life are contagious. So thrilled are we that we embarked on a massive catio extension for the furballs. More photos and videos to come of the catio and the three amigos in the coming days, weeks, months, and years! 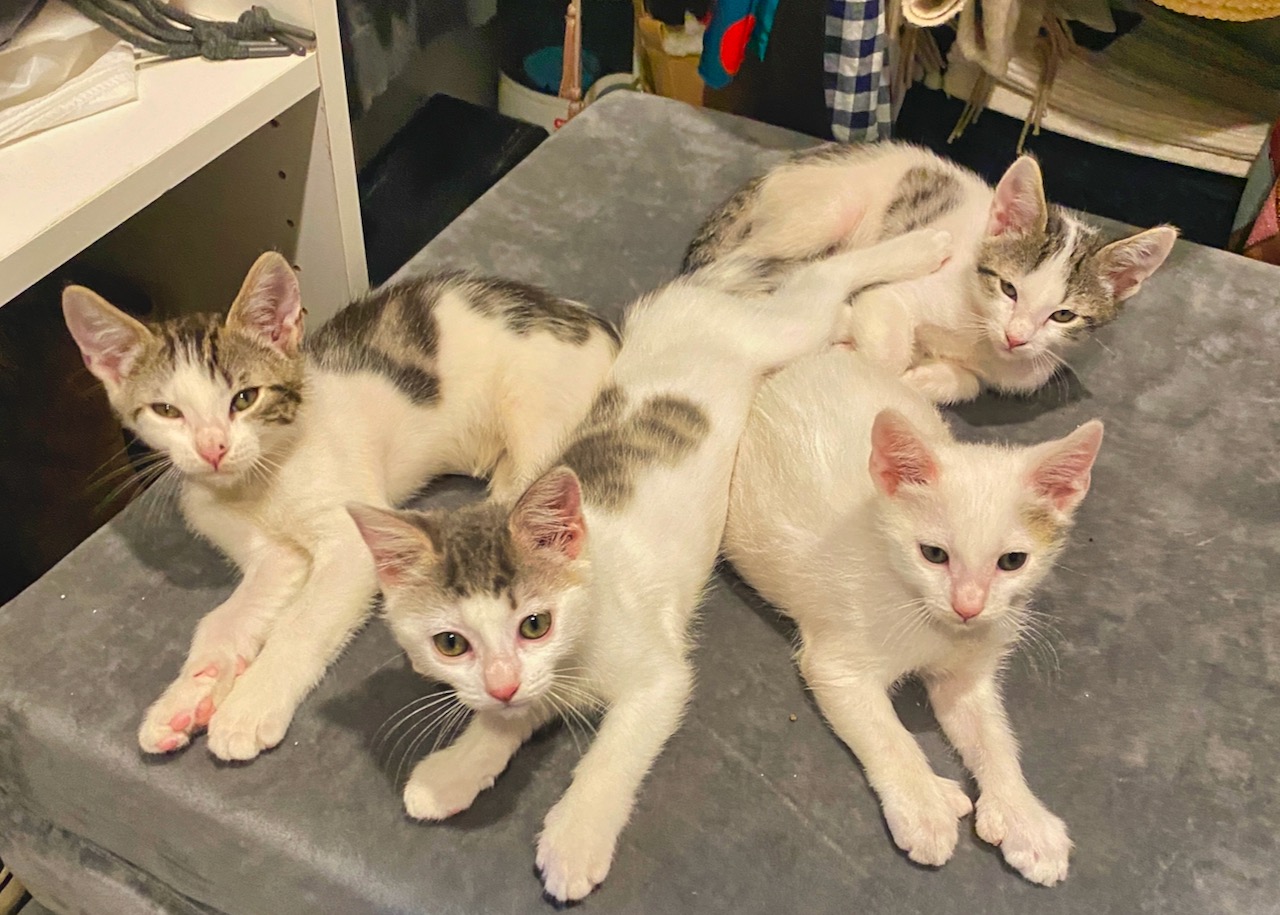 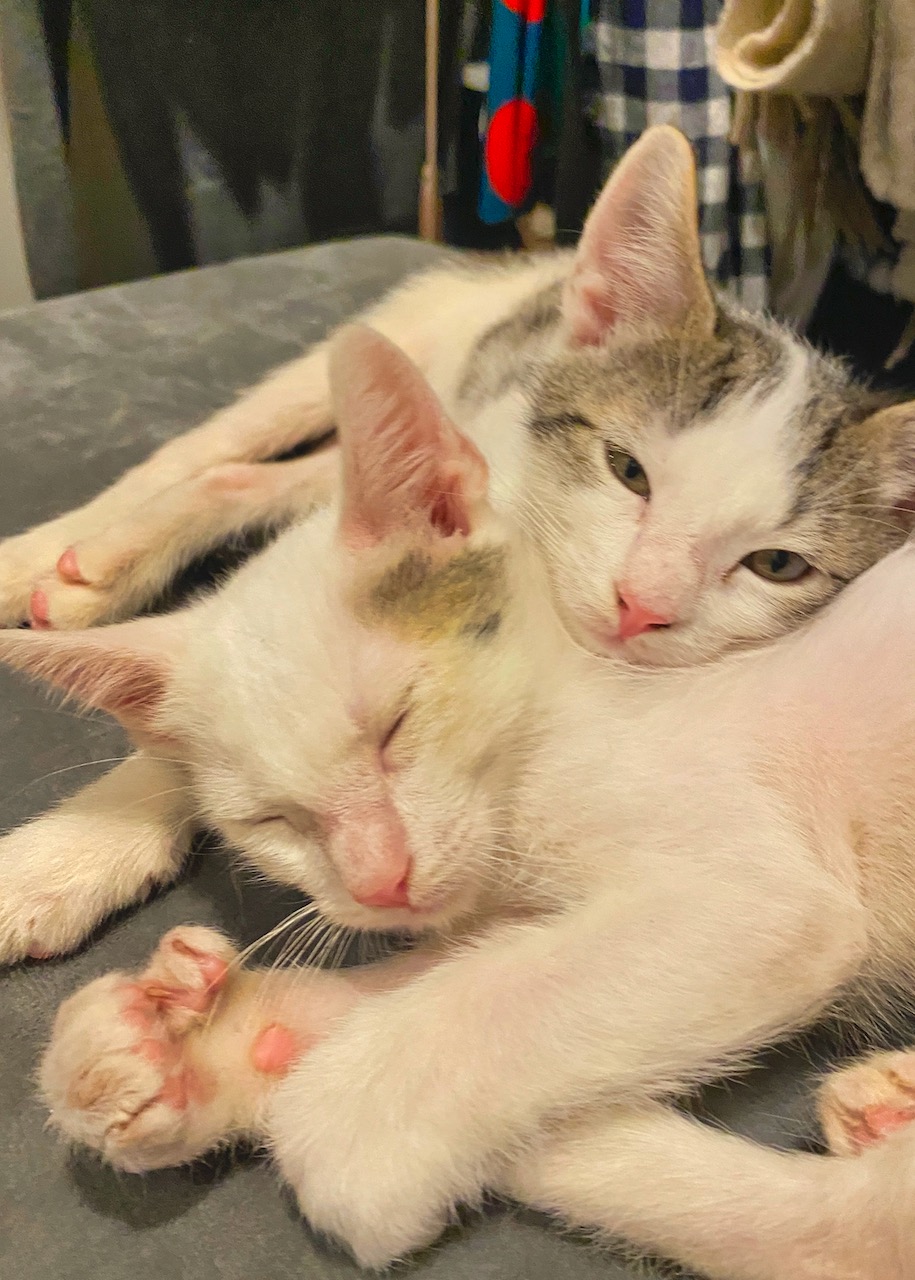 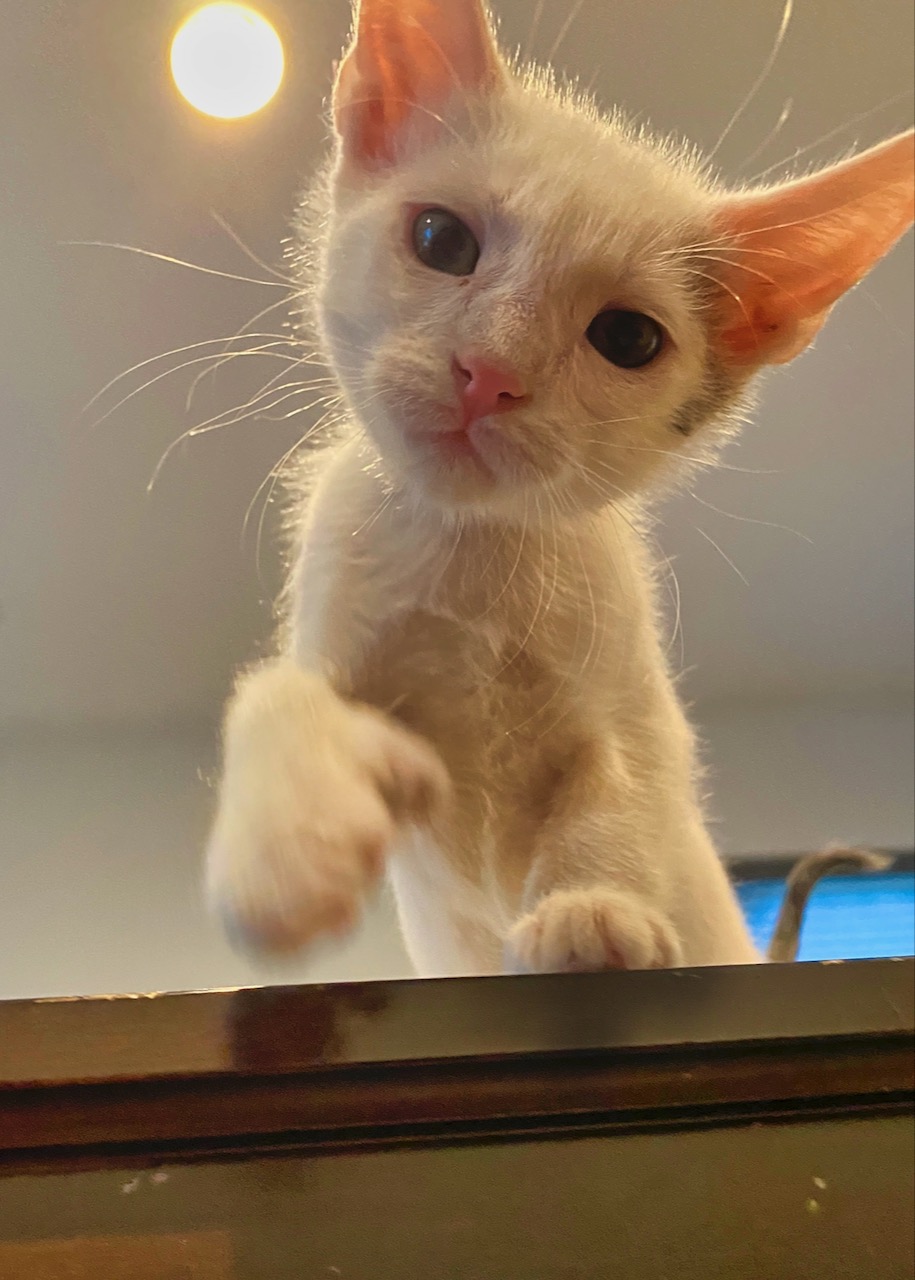 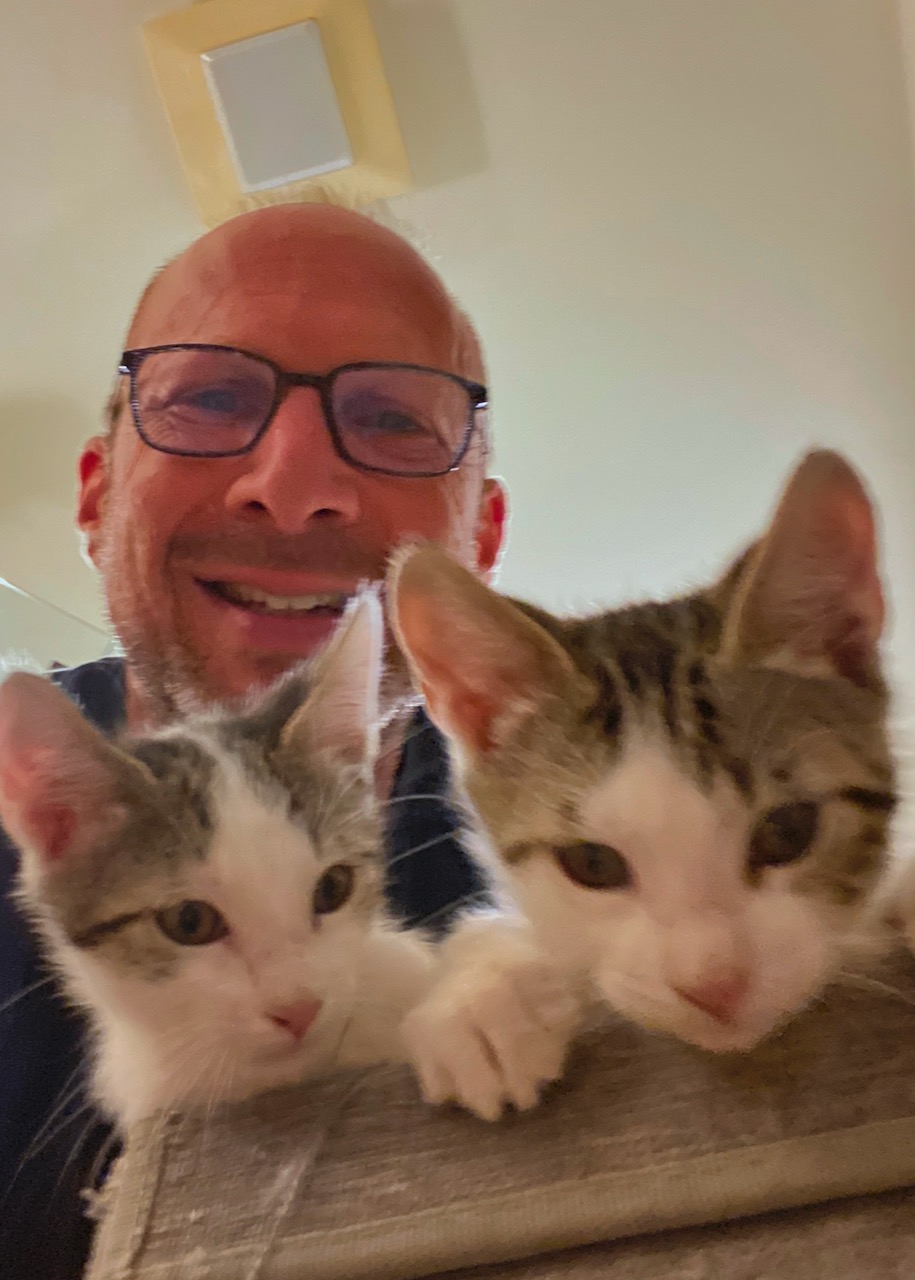 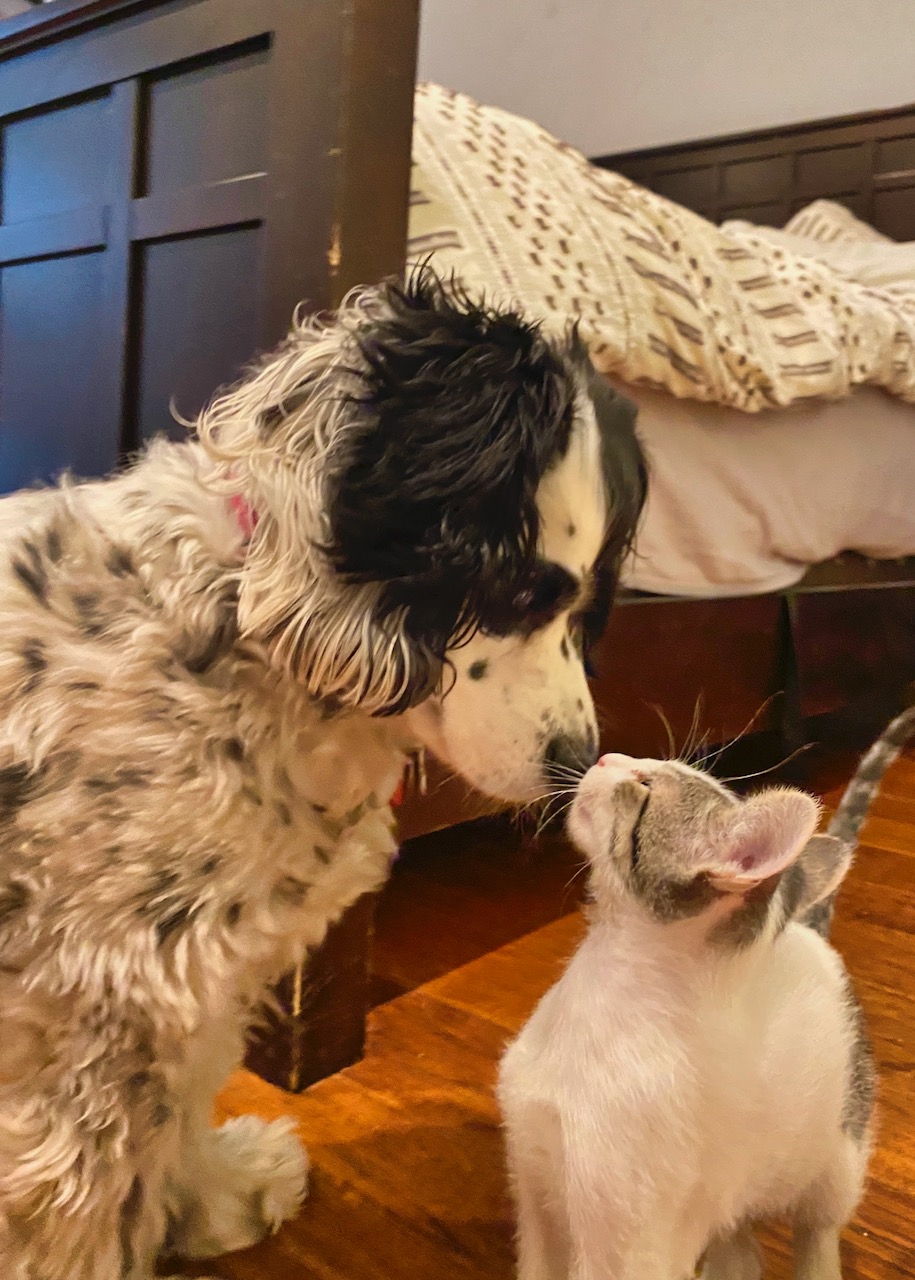 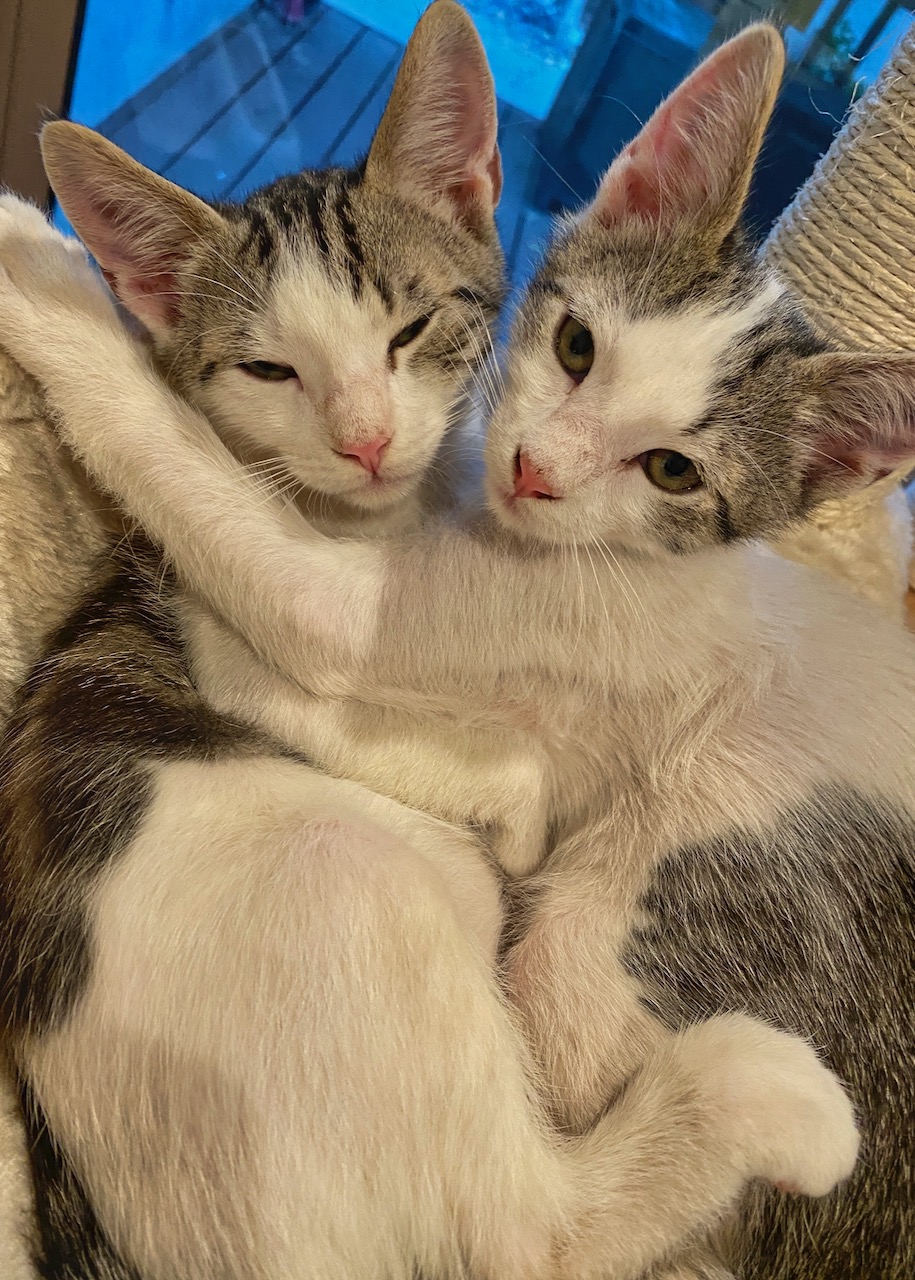 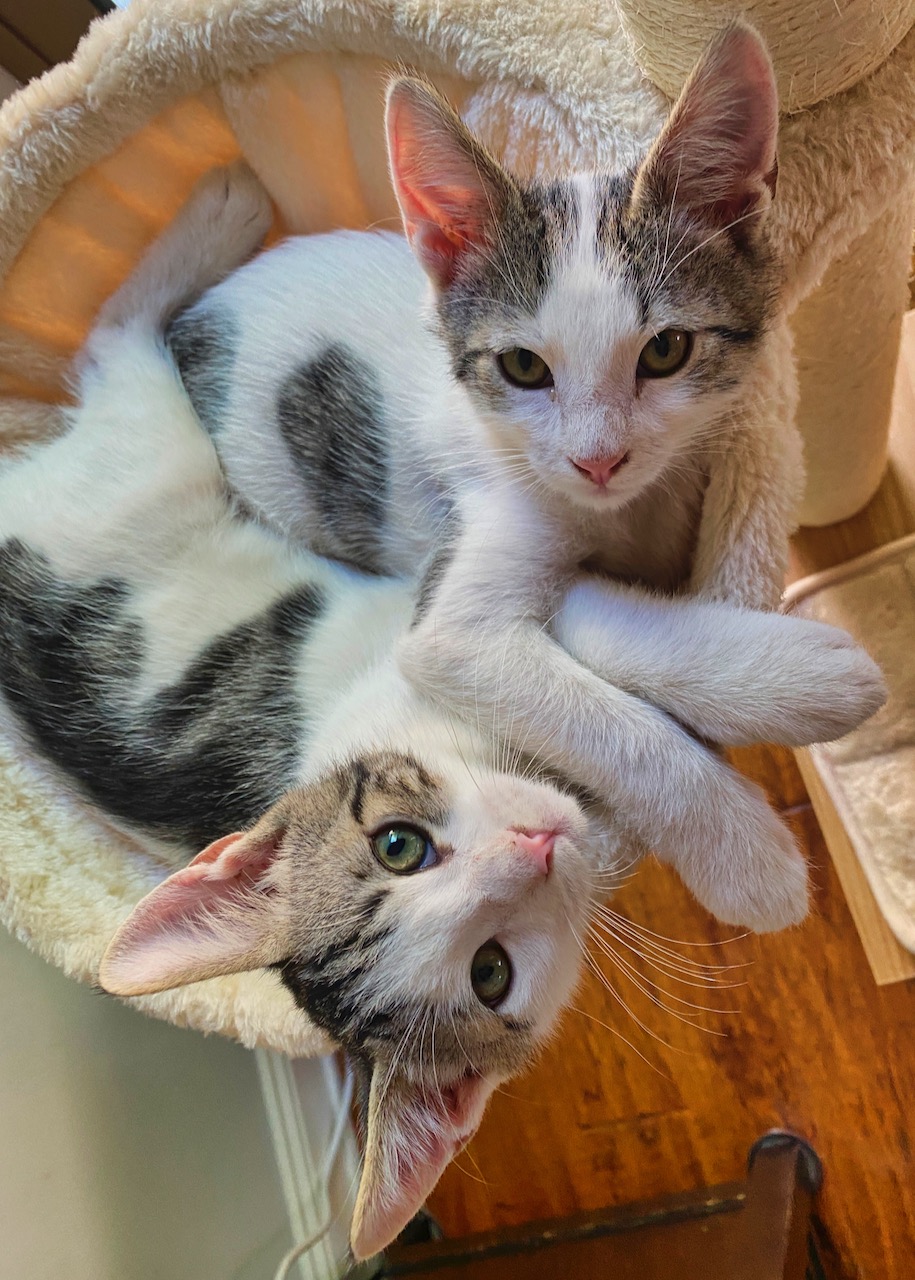 One thought on “Introducing The Three Amigos”