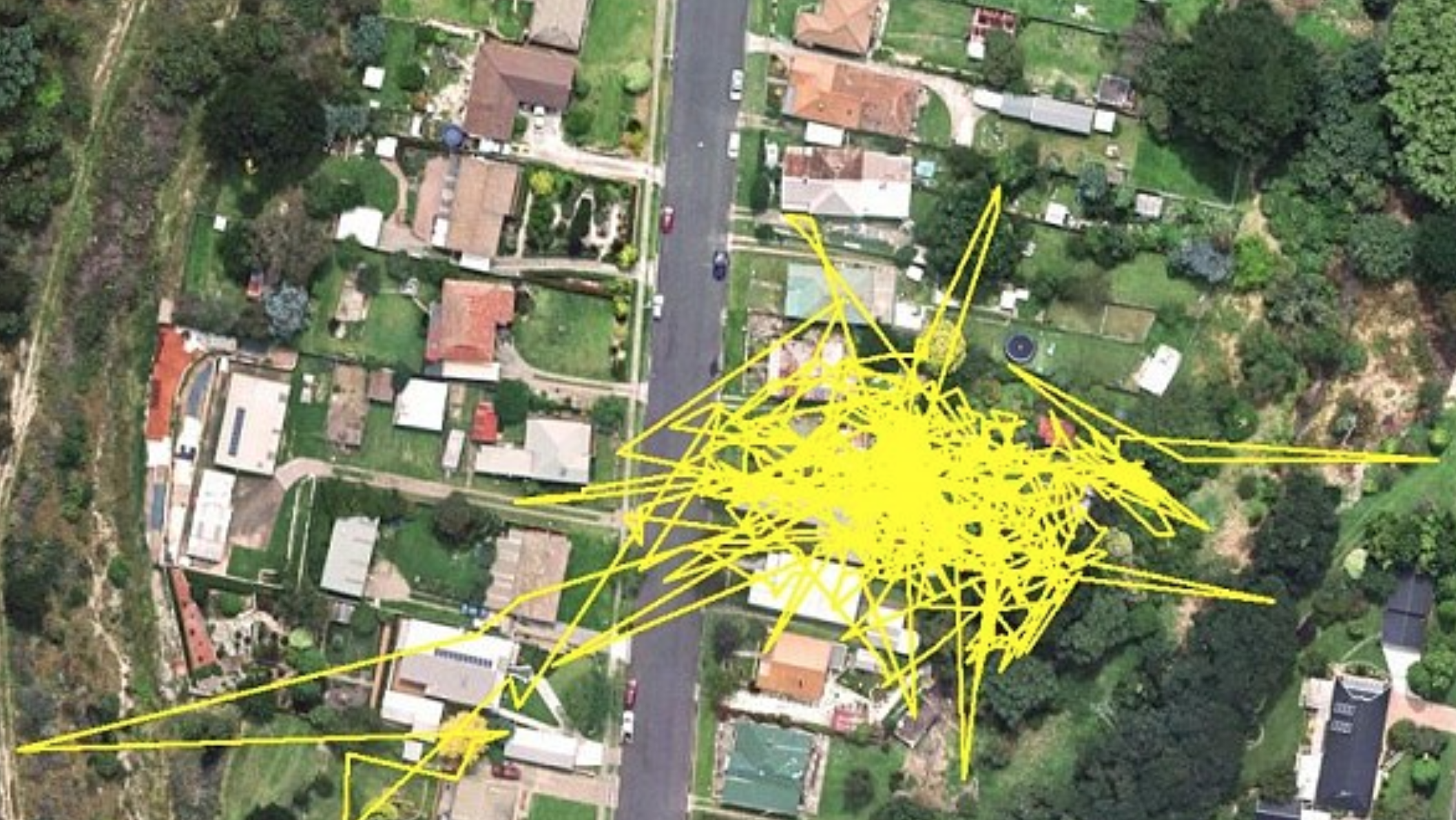 There have been a plethora of unrelated news items of late that independently point to catios as the best possible solution for pet cats. Here’s a quick rundown:

Domestic cats wearing tracking devices shocked their owners after GPS devices revealed their roaming patterns which showed some cats branching as far as three kilometres from their home.

The project was designed in a bid to show pet owners how far domestic cats can roam in hopes of changing a general misconception that cats simply stay around the house.

Senior land service officer Peter Evans is hoping the visual tool which shows the cats movements on a map will help answer questions that were raised as a result of the project, including whether the cats movements can be controlled.

‘If you look at some of the tracks, it’s phenomenal how much they’re out in the streets,’ he said. 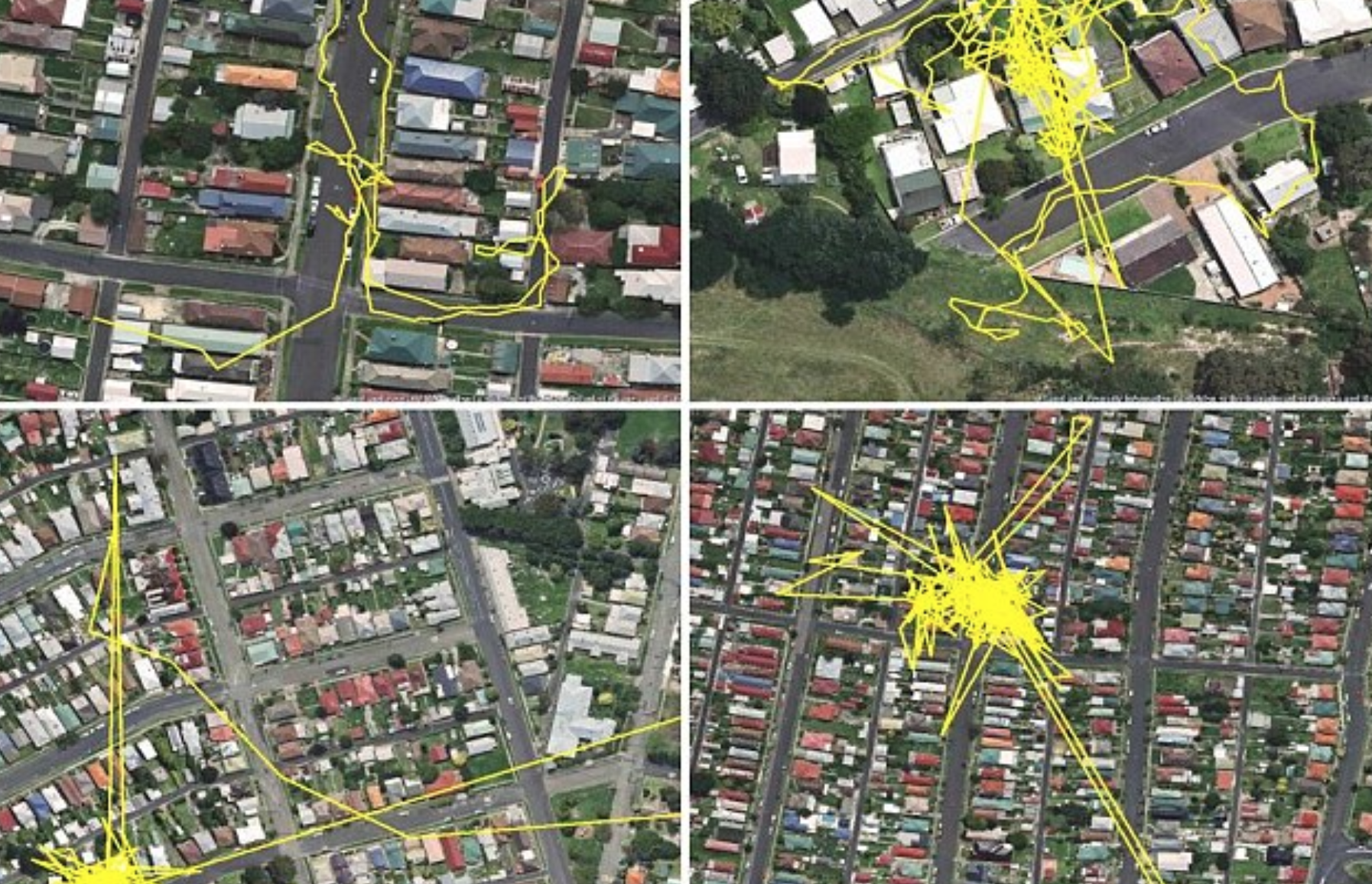 To reduce environmental exposure risks for people, wildlife, and domestic animals, the study’s authors identified the importance of policies that reduce the number of domestic cats (Felis catus) outdoors. Domestic cats and other felines are the definitive hosts for T. gondii and are the only species to excrete the parasite’s infectious eggs (oocysts) into the environment. According to the authors, “Recent studies have demonstrated that environmental oocyst transmission is the major route of T. gondii transmission, presenting a direct public and animal health problem.”

“The best way to manage infectious disease risks from cats — whether it be toxoplasmosis, rabies, or any other disease — is to keep cats safely contained indoors, on a leash, or in a catio,” said ABC’s Sizemore. “Permitting cats, especially stray and feral cats, to roam the landscape increases risks to the whole community, human and animal alike.”

How Bad is it to Let Your Cat Outside?

What does your cat do when it goes outdoors?

The question may linger in the mind of anyone who has an outdoor cat, and the answer has become quite a bit clearer in the age of YouTube and GoPro cameras. It’s not a pretty picture, though—just take it from this 2013 New York Times headline: “That Cuddly Kitty is Deadlier Than You Think.” An alarming study cited in that piece estimates that cats kill about 2.4 billion birds and 12.3 billion mammals each year in the United States. About 29 percent of those bird deaths and 10 percent of those mammalian deaths could be attributed to house cats in particular, according to the study…

We have a responsibility to protect native species, just like we protect cats if they’re in our care. We have to remember that once a cat goes outside, it is also vulnerable to either getting hit by a car—which is the primary way they get killed—or to being taken by a coyote or an owl or another predator. Letting cats outside is not in the best interests of the cats. We need to get it out of our minds that it’s okay for cats to be outside. It’s just not responsible pet ownership.

Your Pet Cat is Much Better Off Indoors

From the Sun Chronicle:

If you are someone who has always had an outdoor cat, you may wonder what the harm is in letting your pet roam around the great outdoors of your city or town.

The reality is, predators, cars and even neighbors who may find your pet to be a nuisance are all threats to its safety. Also, outdoor cats have an increased risk of disease, fleas and ticks. And they have a better chance of interacting with potentially infected wildlife, meaning a higher risk of contracting disease, including rabies, through a scratch or a bite wound.

One of the most common misconceptions for letting a cat roam outdoors is that if a family lives in the country there are fewer dangers to worry about. But that just means your cat is more likely to get eaten by a predator. You wouldn’t let your child play in the woods alone at night, nor should you let your cat roam the woods, or the streets…

Training your cat to walk outside on a harness and leash for a bit of fresh air is a great alternative. Screened porches, sometimes called “catios,” are perfect for letting your cat take in the sights, sounds and smells of the great outdoors while remaining safely in the comfort of your home.

This is a terrifying but ultimately happy video. Cat was lucky that these were two very young inexperienced coyotes.

From the Culver City Observer:

Residents in Carlson Park have documented over 50 cats that went missing last year. The problem is city wide and many communities throughout Southern California have been reporting the same problem. It was acknowledged that coyotes have been around for many years and have ventured into neighborhoods in recent years due to the drought which eliminates sources of food and water for the animals…

California has the highest level of human conflict with the coyotes of any state according to Strauss.