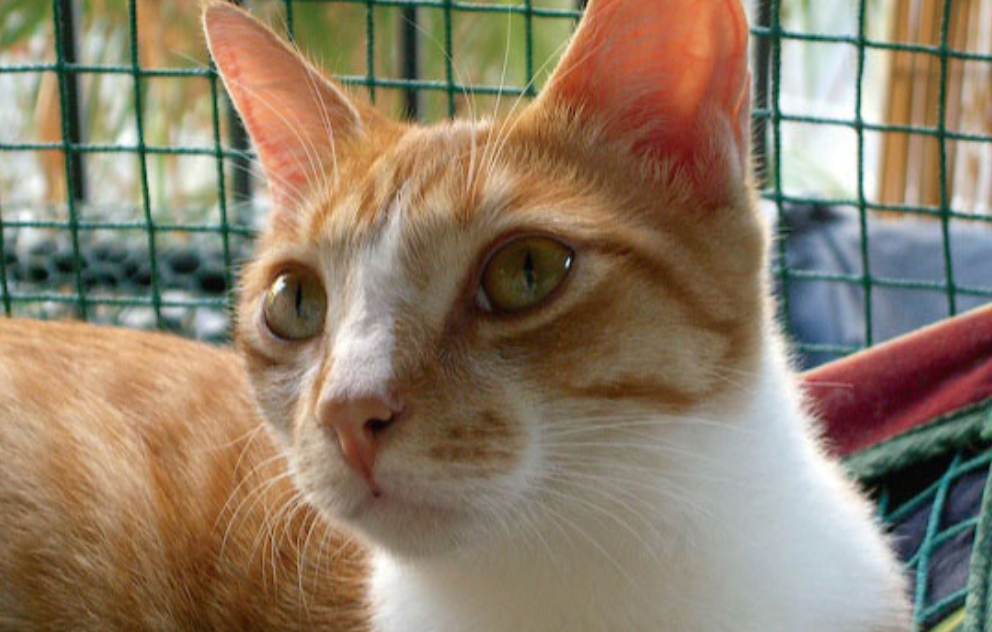 It is with a heavy heart that I write my sweet sweet girl, Cooper, has crossed over the Rainbow Bridge. It feels like it was just yesterday when she crawled into my lap at a Petco adoption event and chose me to be her cat daddy. For the next 13 years she rarely left my lap or my chest, which was her preferred sleeping spot, despite the dozen cat beds strewn throughout the house. Every day, for hours on end, she would sit content in my lap as I worked. When I watched TV, she was in my lap. When I read a book, she was in my lap. When I ate lunch, she was in my lap. Now, I feel as if an appendage has gone missing and there is a giant hole in my heart.

She was originally named Cooper Girl because she was tiny, compact, and whizzed around corners like a Mini-Cooper. As some point in her young life the “Girl” was dropped and she was just Cooper. Then Cooper evolved into Coopie, which later morphed to Coopie Lou Lou, and eventually we just settled on Lou Lou at home.

It is no understatement to say that she was the sweetest fur ball west of the Mississippi (actually the world). More importantly, she was by my side through the highs and lows of life. There was nothing better than celebrating life’s victories the moment I walked through the door by picking her up and giving her kisses. And she was always there to lick away my salt tears in moments of sorrow and grief. How I needed her Sunday when the tears would not stop flowing.

She leaves behind Monkey who she would likely refer to as an acquaintance. It was a tough relationship at first, living in tight quarters in a small Westwood apartment, with a male cat who desired human attention that she could not spare. When the two felines got too rough with each other we were inspired to build our first outdoor enclosure more than 12 years ago. It worked wonders for the “sibling” relationship and planted the seed to launch Custom Catios a decade later.

Six years ago, we moved into a new house and built Lou Lou and Monkey a luxury cat patio. Monkey to this day continues to spend hours outside in the catio. Cooper, however, loved the sun (like her father) and would primarily head outside to warm up. There is no doubt that she lived a more fulfilling life because of the enclosure.

Speaking of which, I too am living a more fulfilled life having launched a catio company. Cooper and Monkey are largely responsible for my career path. Without them there would be no Catio Guy and no Custom Catios. As such, I am forever grateful to them. And I hope Cooper knows that through her inspiration hundreds of cats are living their best pawsible lives experiencing the outdoors safely. Not a bad legacy.

Not bad for little girl likely born the runt and not adopted until she was a teen. But not surprising either because she was a fighter. She never let the hernia from her spay surgery set her back. Nor did her 2013 skin cancer diagnosis and the months of chemotherapy that followed. And then there was the time when she faced off against two gigantic R.O.U.S.s (raccoons) from inside the catio. She had spunk. And guts aplenty. She also fought the latest round of cancer in her lungs like a champ, before finally succumbing to the disease over the weekend.

And she had loads of charm to boot. Nothing warmed my heart like the chirp she made every time she jumped on the bed announcing her arrival. “Ladies and gentleman of the bed, I have arrived!” She’d then head over to her spot on my lap for some love. And then there was the loud excited high-pitched peep she’d sing from across the house at the sound of a baby food jar opening. She loved loved loved baby food!

And she was persistent. God forbid one close the door or leave her out of a party. Even closing the bathroom door searching for a bit of privacy was a no no. All hell would break loose and she’d incessantly whine until one had no choice but to reverse course. In other words, she played us and always got her way.

I liked to joke that the cats own the house and my wife Stephanie and I, along with the dogs, merely rent space. But, with apologies to Monkey, this was Cooper’s place. She ruled the roost. And now there is an enormous vacuum left behind as we mourn her loss.

Alas, I have so much gratitude for the time we had together. She was a bundle of joy who brought so much happiness into my life. I will miss her forever. Goodbye sweet Lou Lou. I love you. 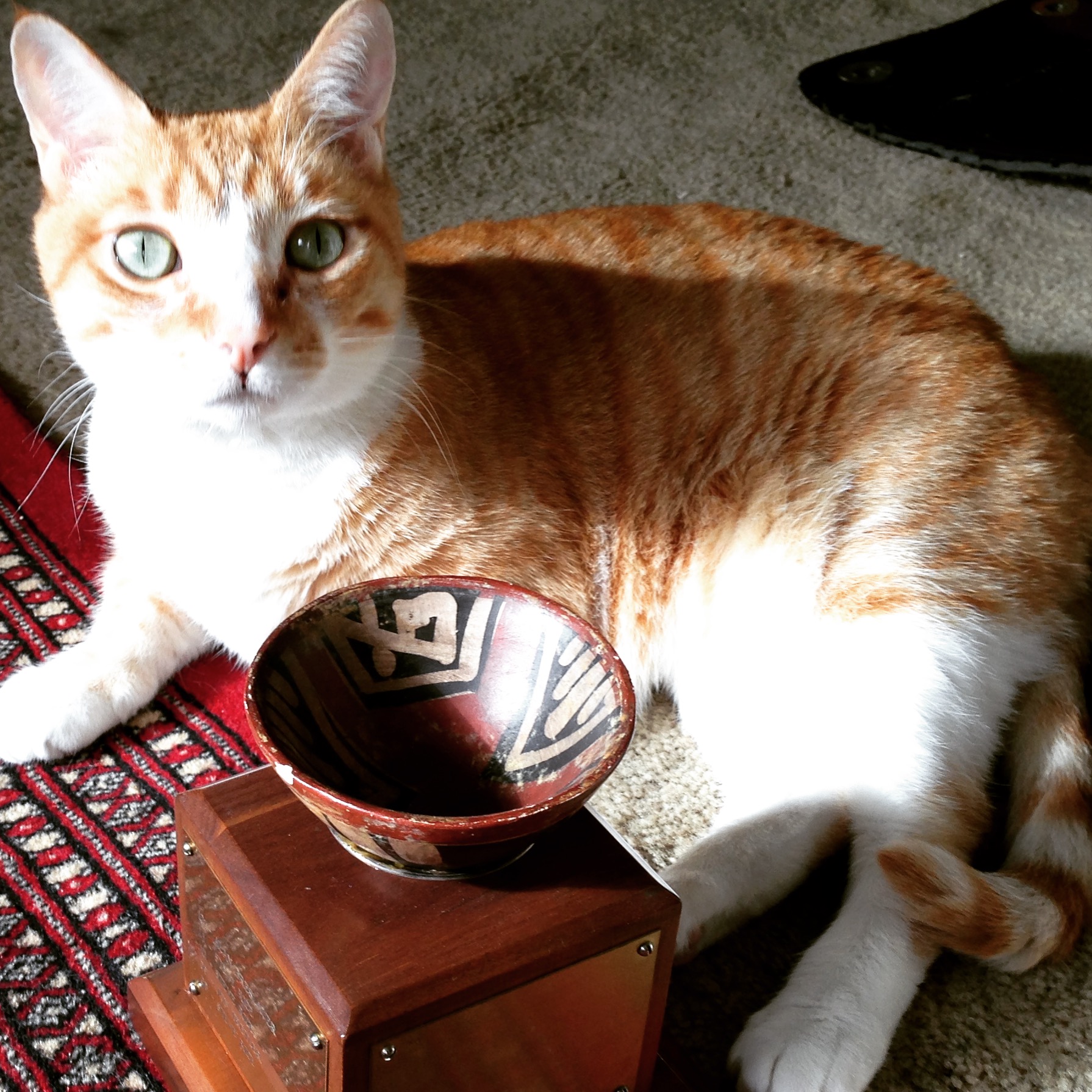 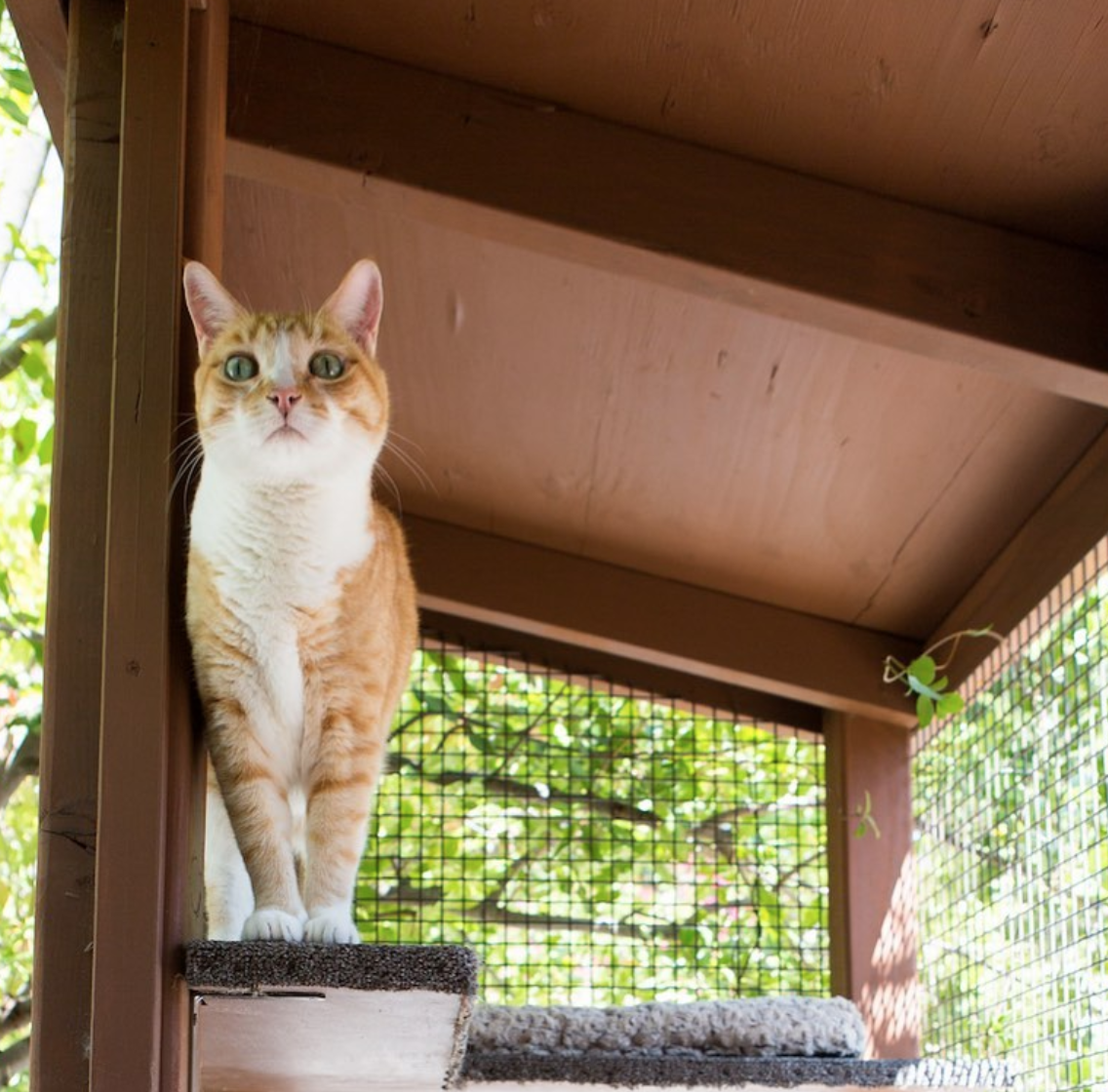 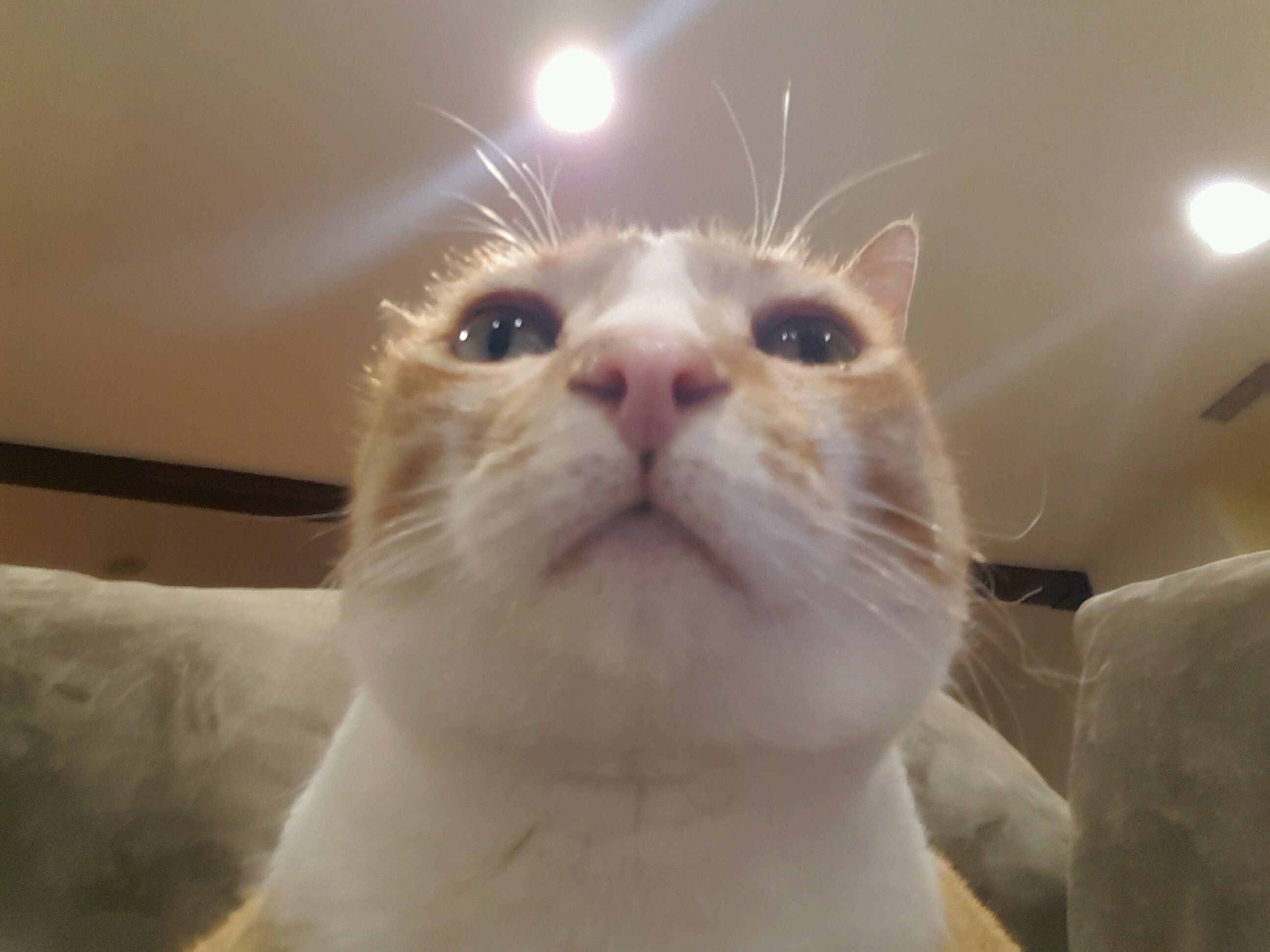 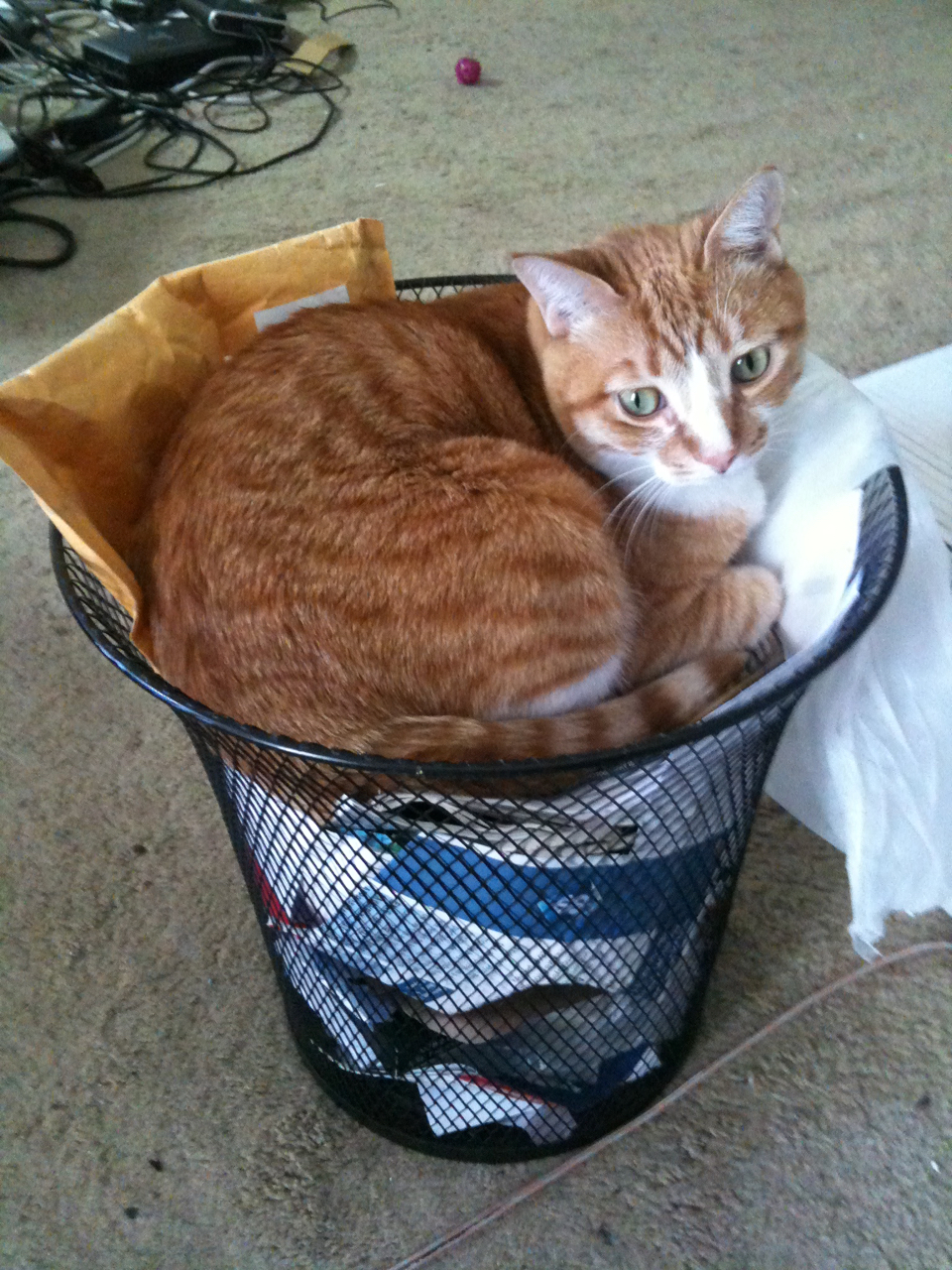 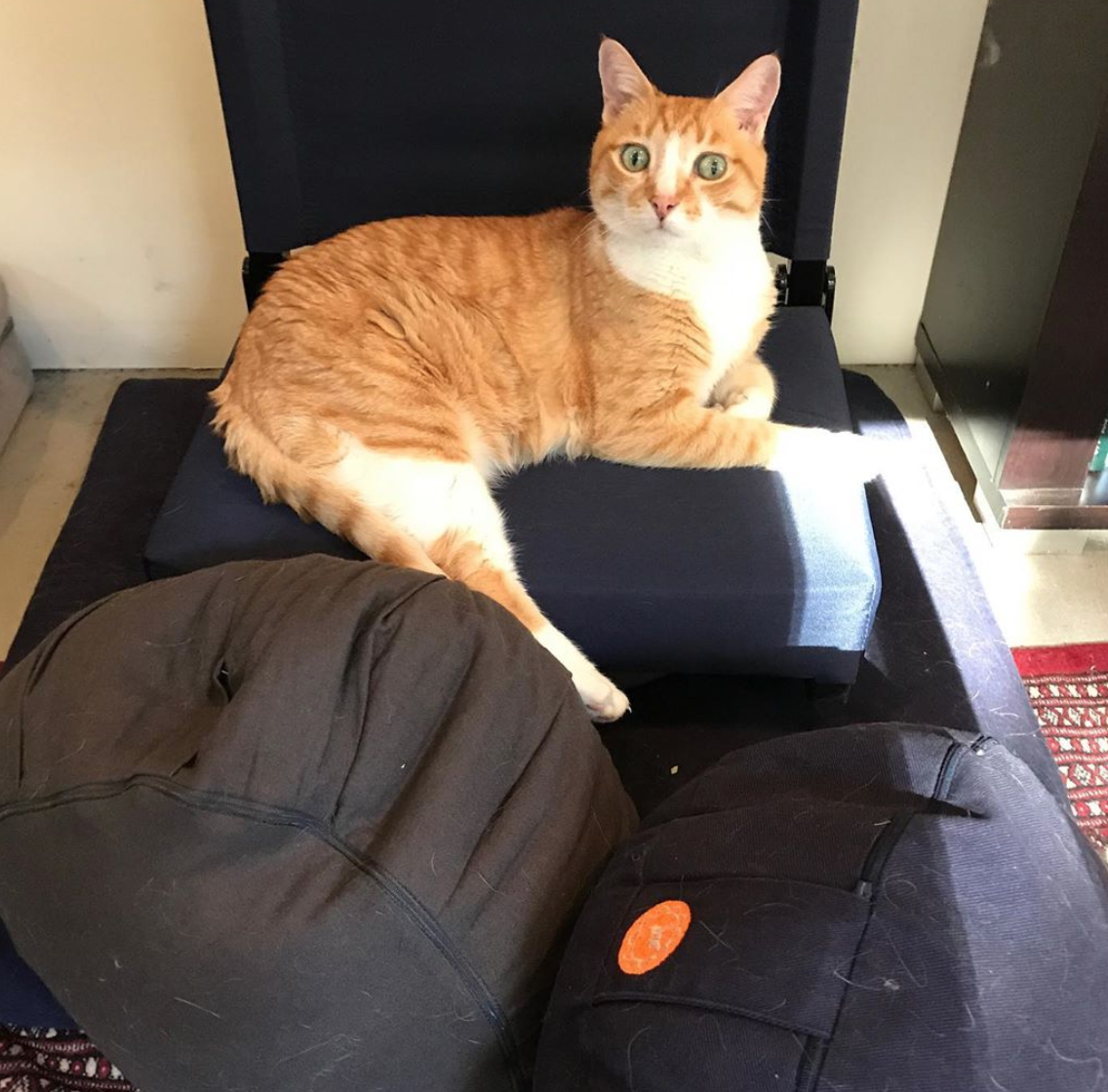 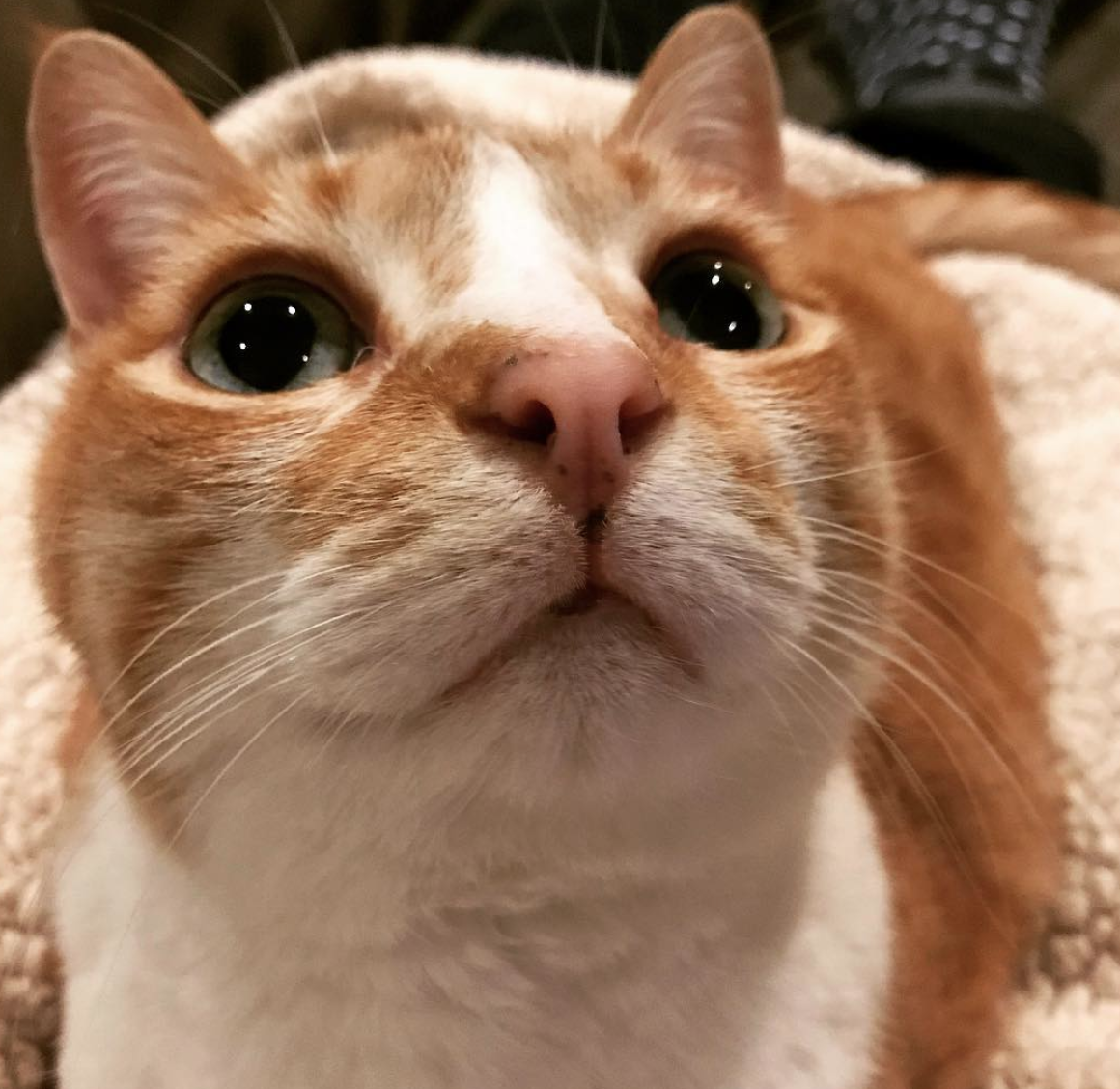 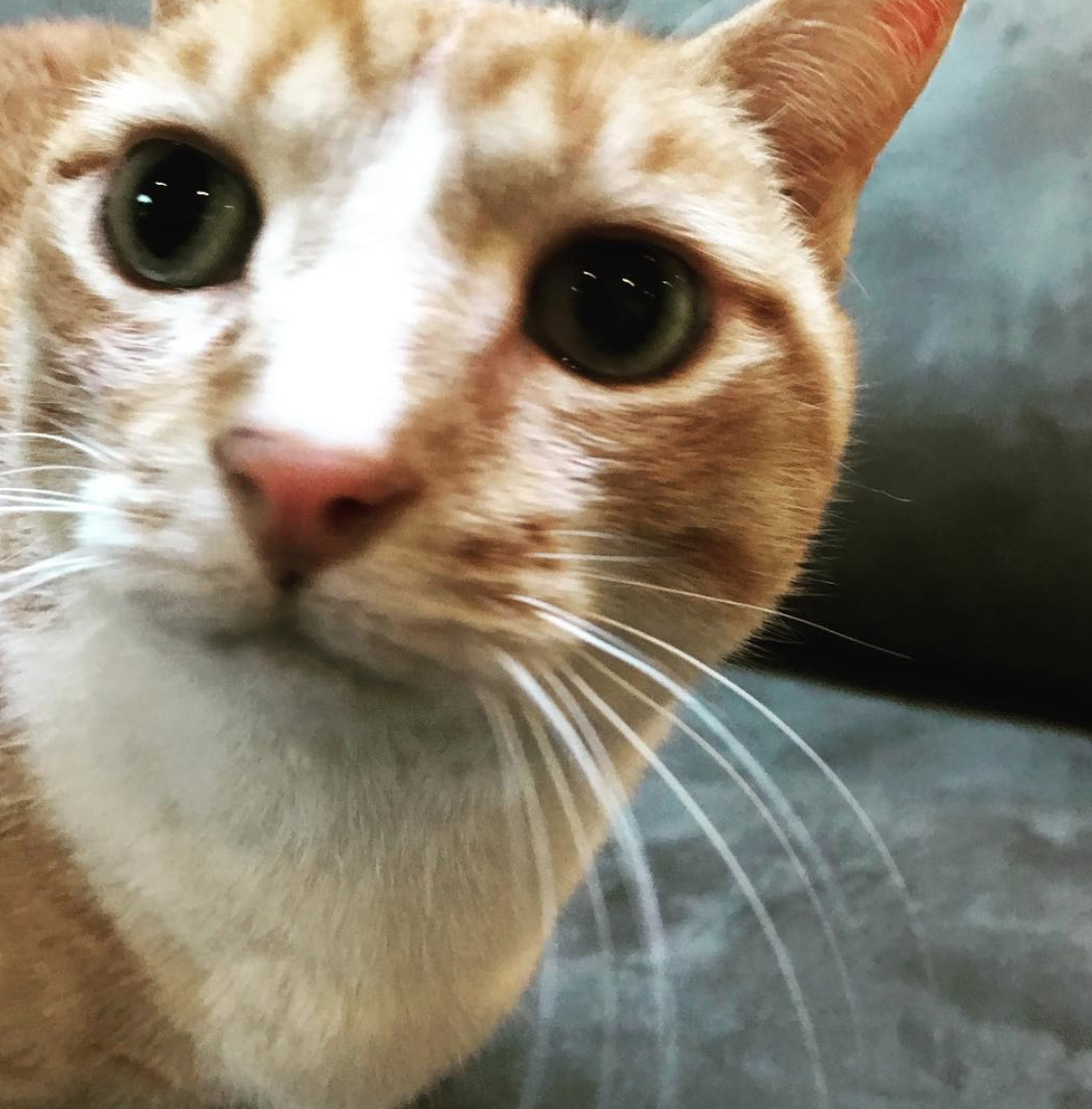