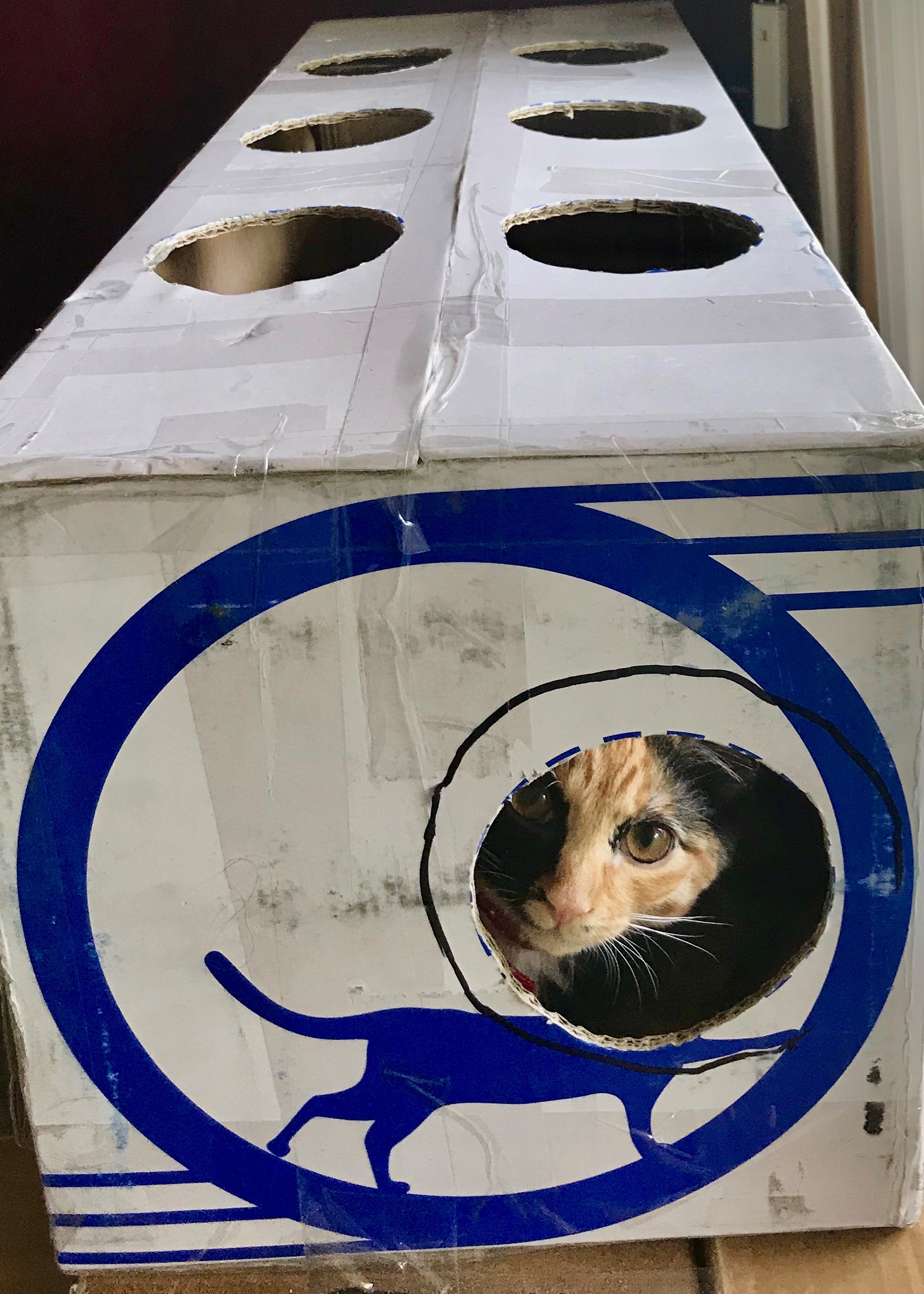 One of the great perks of building catios professionally is the amazing people we regularly meet. In addition to working with Jackson Galaxy, we have designed and built cat enclosures for a YouTube sensation, Hollywood director, and celebrity hair colorist, to name a few. This past week we lucked into a visit with Angel who, not to mince words, is a “do it yourself” (DIY) catification expert. To say her two cats, Sierra and Ciaran, are living the charmed life would be the understatement of the year. Alas, below are examples of some of her incredible work. 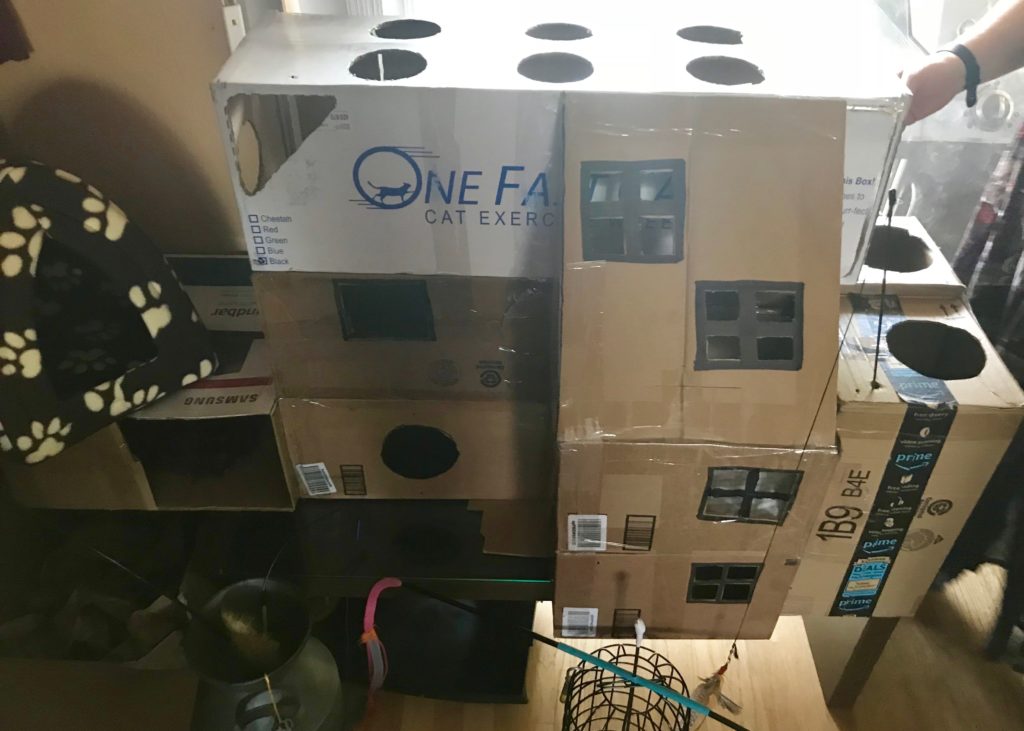 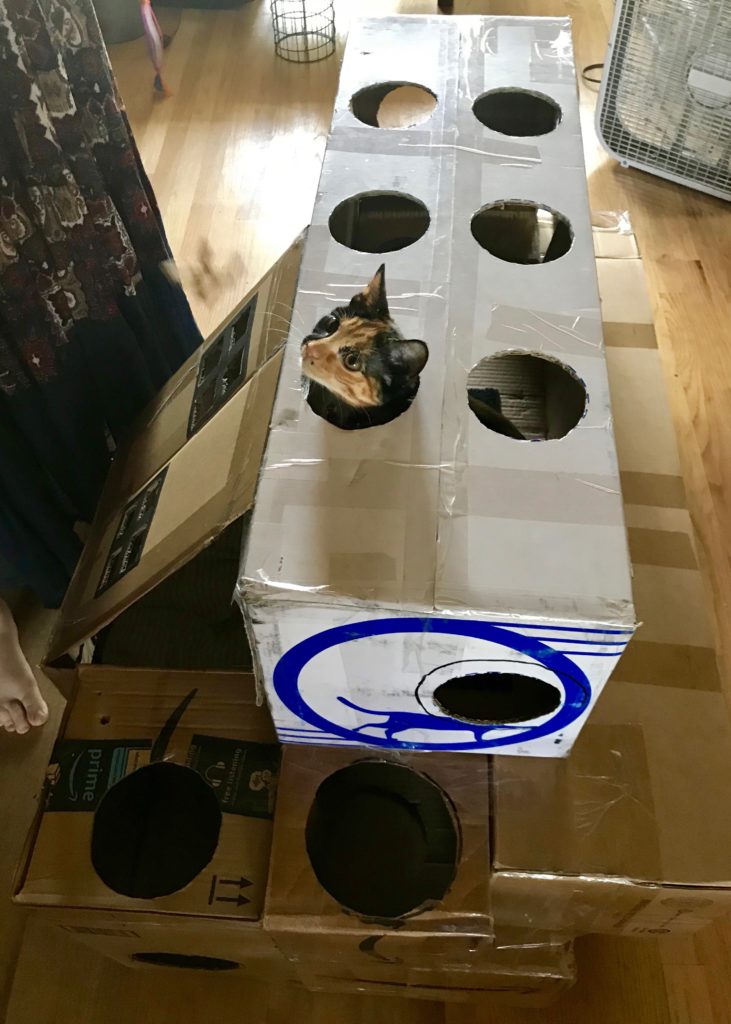 The number of boxes, internal maze, detail, and creativity in this cat box mansion is mind-blowing. Oh, and it’s just a work in progress! Both cats love it and played in it during my visit. 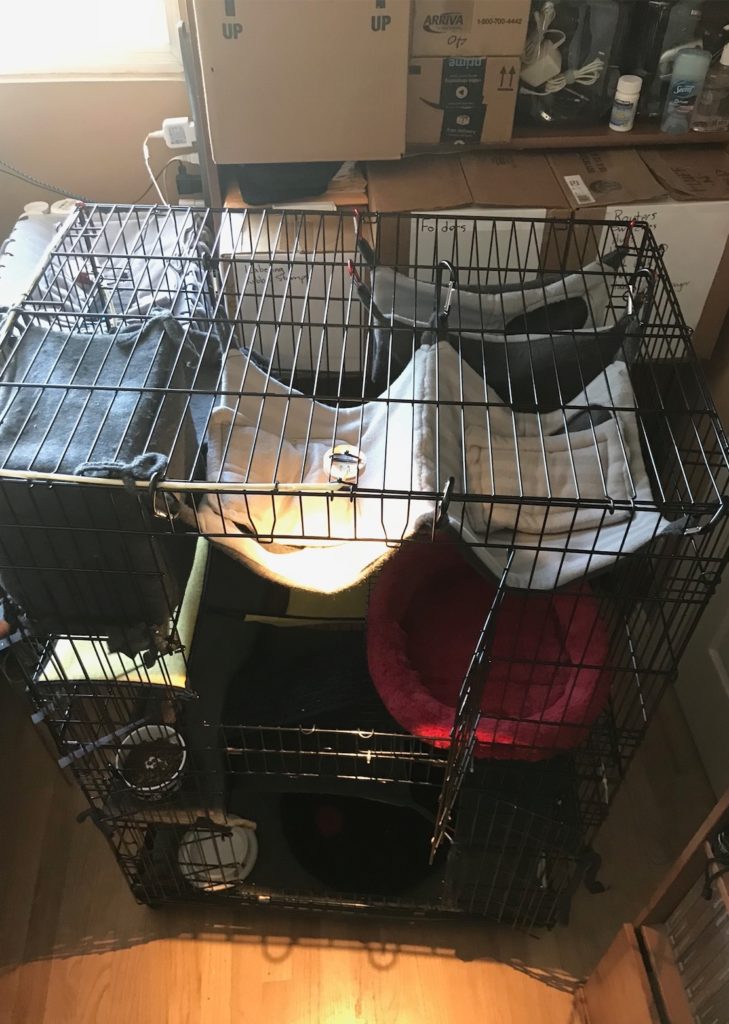 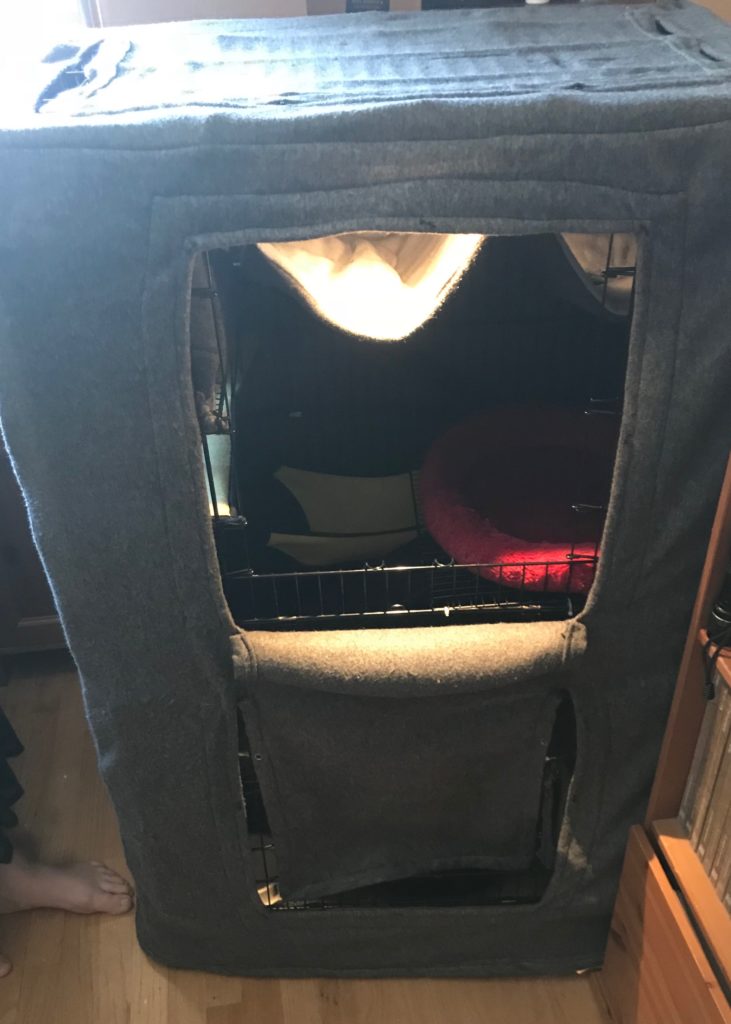 Well, it was initially a cage. Now, it’s a multi story, multi-compartment, kitty fun house with nearly 10 bed and play areas. It also has an internal light and handmade cover. 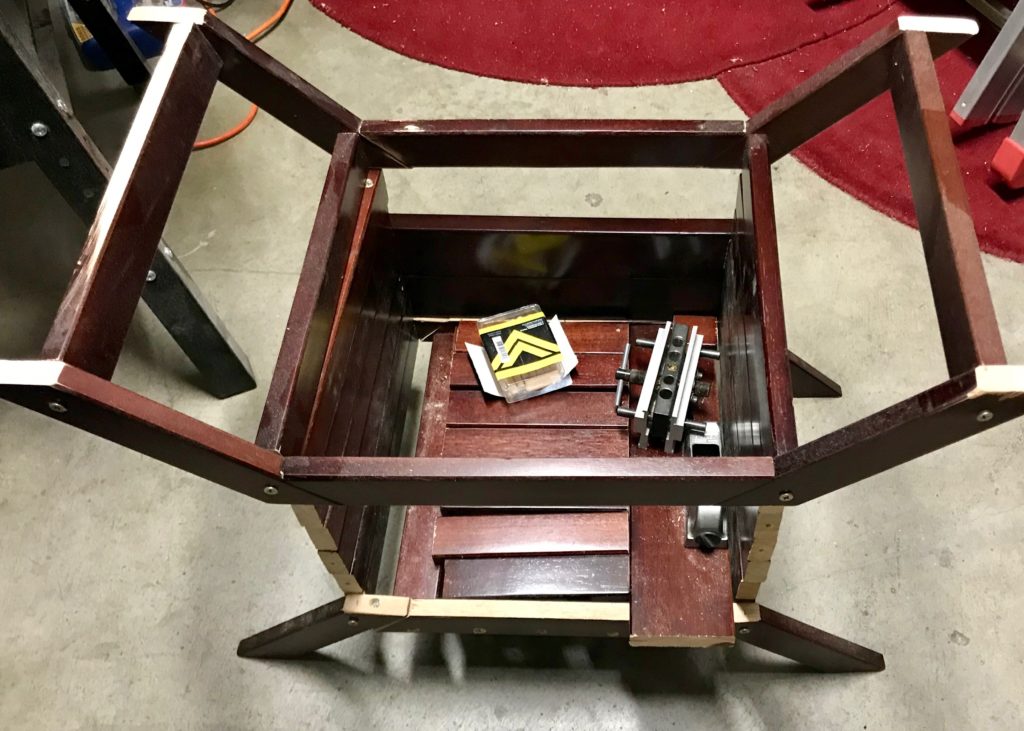 Here, Angel takes online inspiration for a cat hammock to the next level. In addition to the hammock above, she adds a space below for a cat cubbyhole. She’s also “installing a rod along the top to hold the fabric for the hammock (through eye-bolts and capped with a decorative cap) instead of using loops of fabric as seen on the website.” The entire project, which should be completed shortly, is being constructed from an old futon frame. 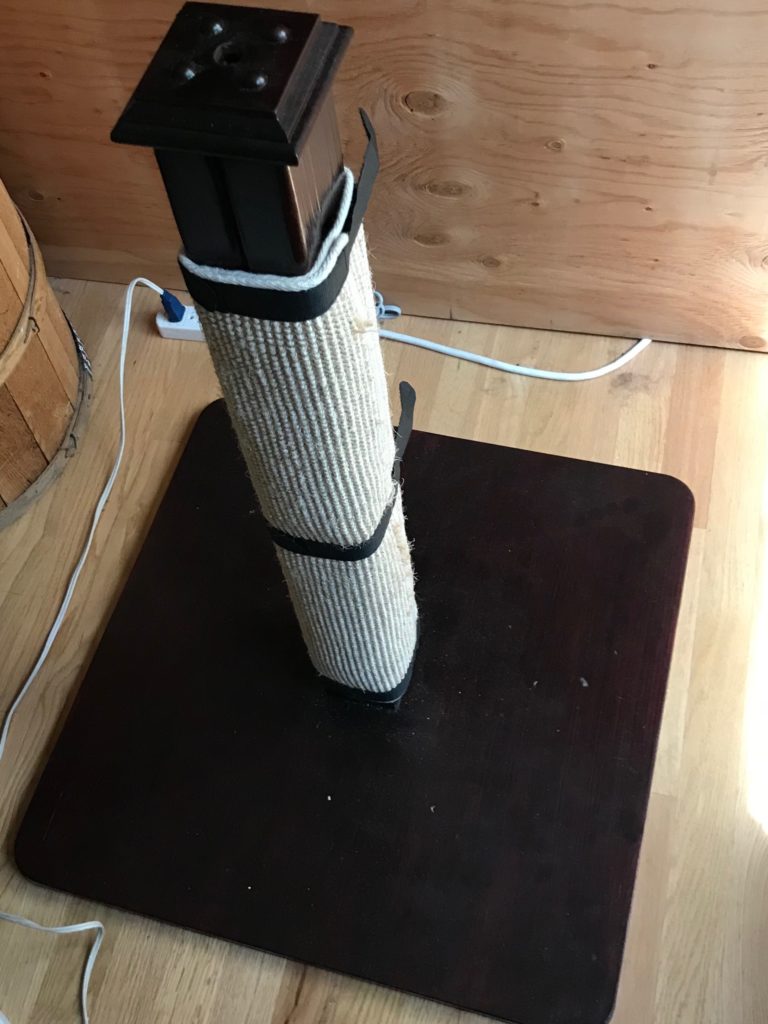 Explanation from Angel: “This is similar to what I did, but I bolted together two 2X4’s instead of the 4X4.  I used pre-sanded plywood and rounded the edges with a Dremel. I counter sunk bolts and washers instead of the wood screws (for strength) to bolt the pole to the plywood. Instead of the sisal rope, I bought an easily replaceable IKEA scratcher mat.  I then pre-conditioned the wood and stained it with three coats of all in one stain.” 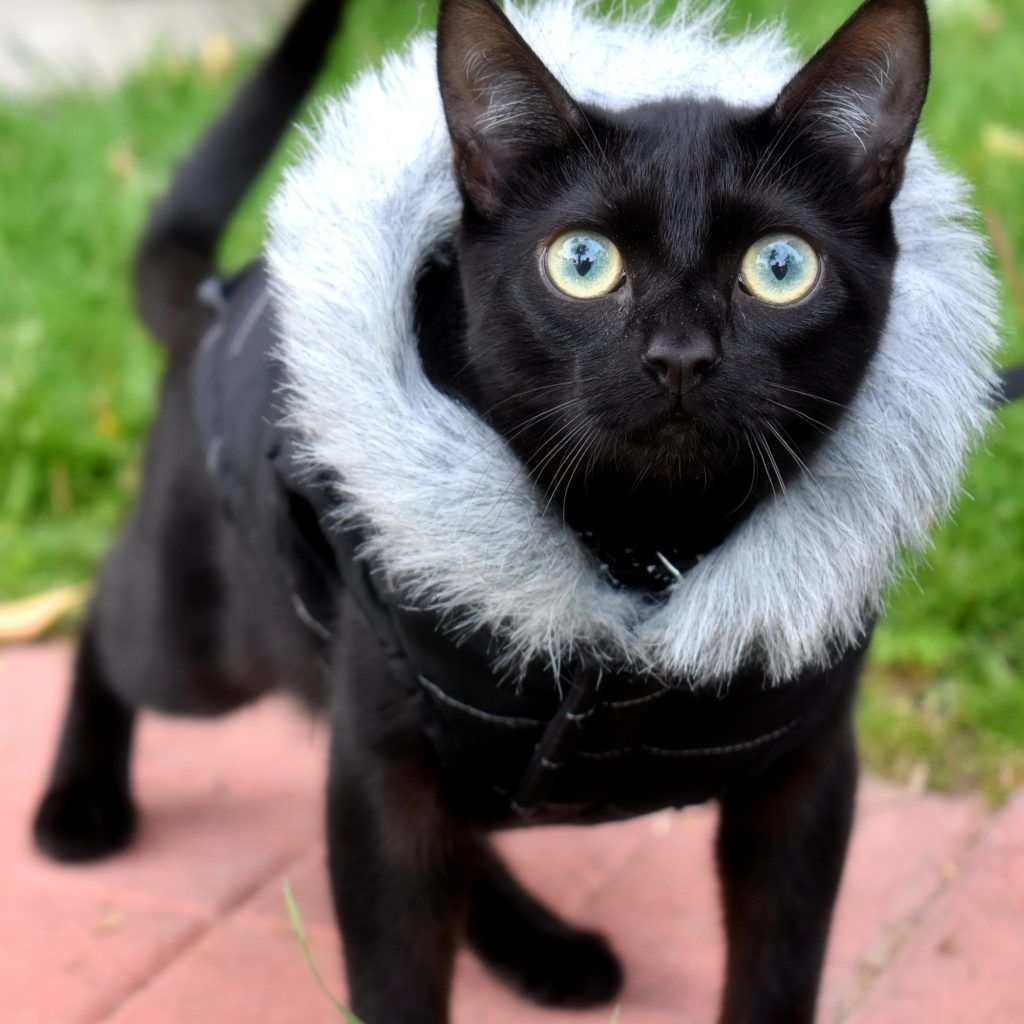 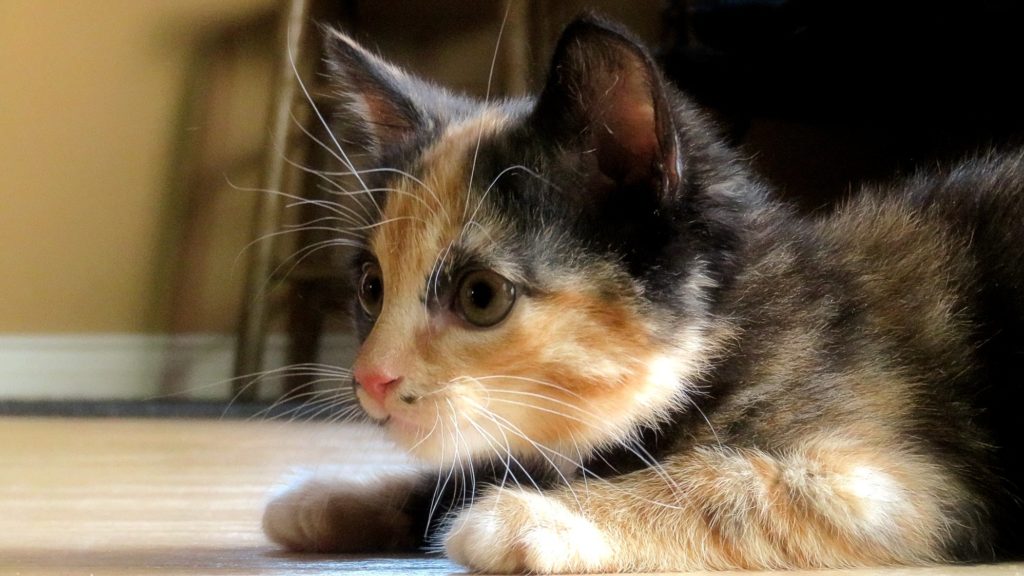 Sierra and Ciaran are in good hands!