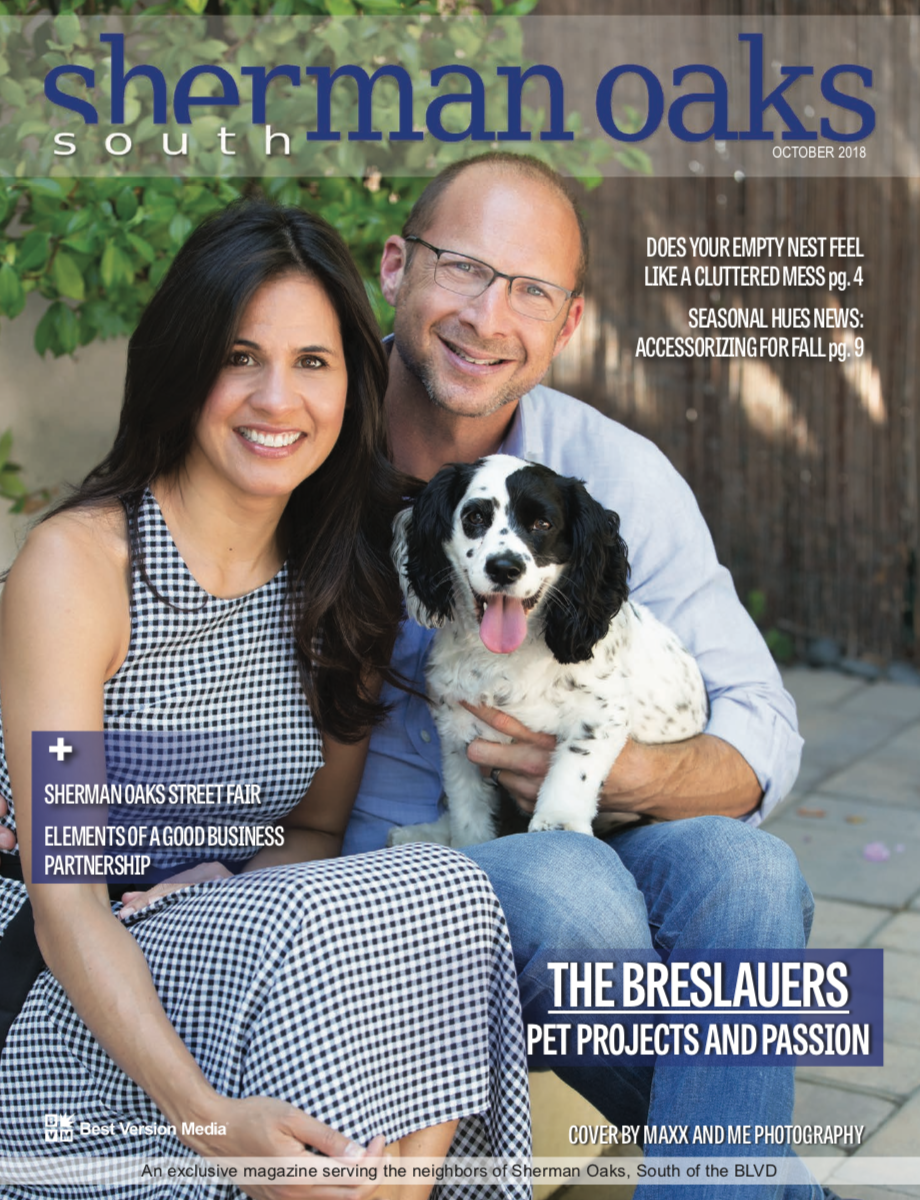 Sherman Oaks South magazine has a nice write-up about my family and catio business in the October 2018 edition. It’s also our first cover! From the article:

“Experts and cat behaviorists, from America’s “Cat Daddy” Jackson Galaxy to the American Association of Feline Practitioners (veterinarians), stress that cats should not go outside unsupervised. While cats benefit from exercise and fresh air, too many hazards, including coyotes, cars, fighting, disease, and poison conspire to knock years off their lives. Indoor cats, however, suffer from a lack of stimulation, which can lead to boredom, obesity, and behavioral issues.

This is why Alan (aka Catio Guy) ultimately pounced into action and launched “Custom Catios,” which aims to bridge the gap between outdoor and indoor cats by creating safe outdoor enclosures called “catios” (cat patios). After building a couple of catios for his beloved Monkey and Cooper, he sense a demand for state-of-the-art enclosures that are designed to blend in with the house to ensure homeowners are happy too.

“I saw a need,” says Alan, an alumnus of the University of Pennsylvania and Tulane Law & Business School, who spent the last six years in legal marketing before launching the company. “There are 75 million cats living in one-third of all American homes, and nobody was providing a high-end solution to the problem.”

Alan’s enclosures left an impression with Jackson Galaxy, who hired Custom Catios to appear on his Animal Planet show, “Cat vs. Dog.” Alan looks back fondly at the experience and credits Galaxy for his generosity in sharing his vast cat wisdom. “I will forever be indebted to Jackson who taught me so much about catios. All my clients benefit from the knowledge he imparted to me.”

And that’s just a taste. There’s much more about catios, family, and photos of our cats and dogs in the article.