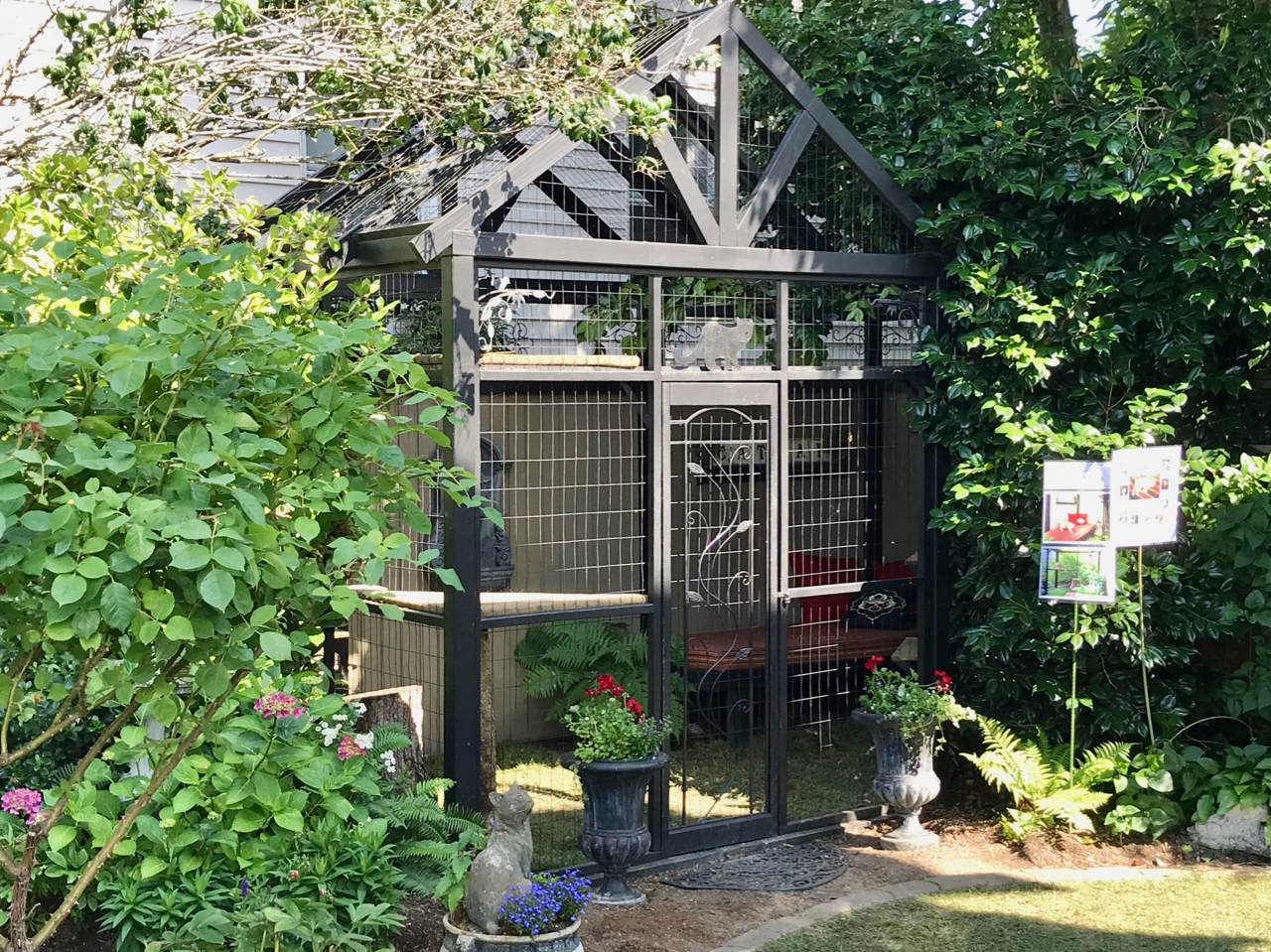 While Custom Catios designs and builds some pawsome catios, we are always looking to improve. As such, last weekend I flew to the Pacific Northwest to attend the Seattle Catio Tour, to pick up new tips and best practices. The amazing daylong event, which was sponsored by PAWS, Seattle Audubon, The Humane Society, and Catio Spaces, featured 10 enclosures ranging from do-it-yourself (DIY) projects to professionally designed Catio Queen environments. Limited by time and distance (Lyft provided our transportation), we visited six catios which are highlighted below.

Serena is one lucky cat! With custom catio designer Cynthia Chomos as her cat parent, Serena has a large 13′ x 7′ enclosure, 60′ of catwalk tunnels, a separate window box, and a gorgeous garden. The petite feline is living large. 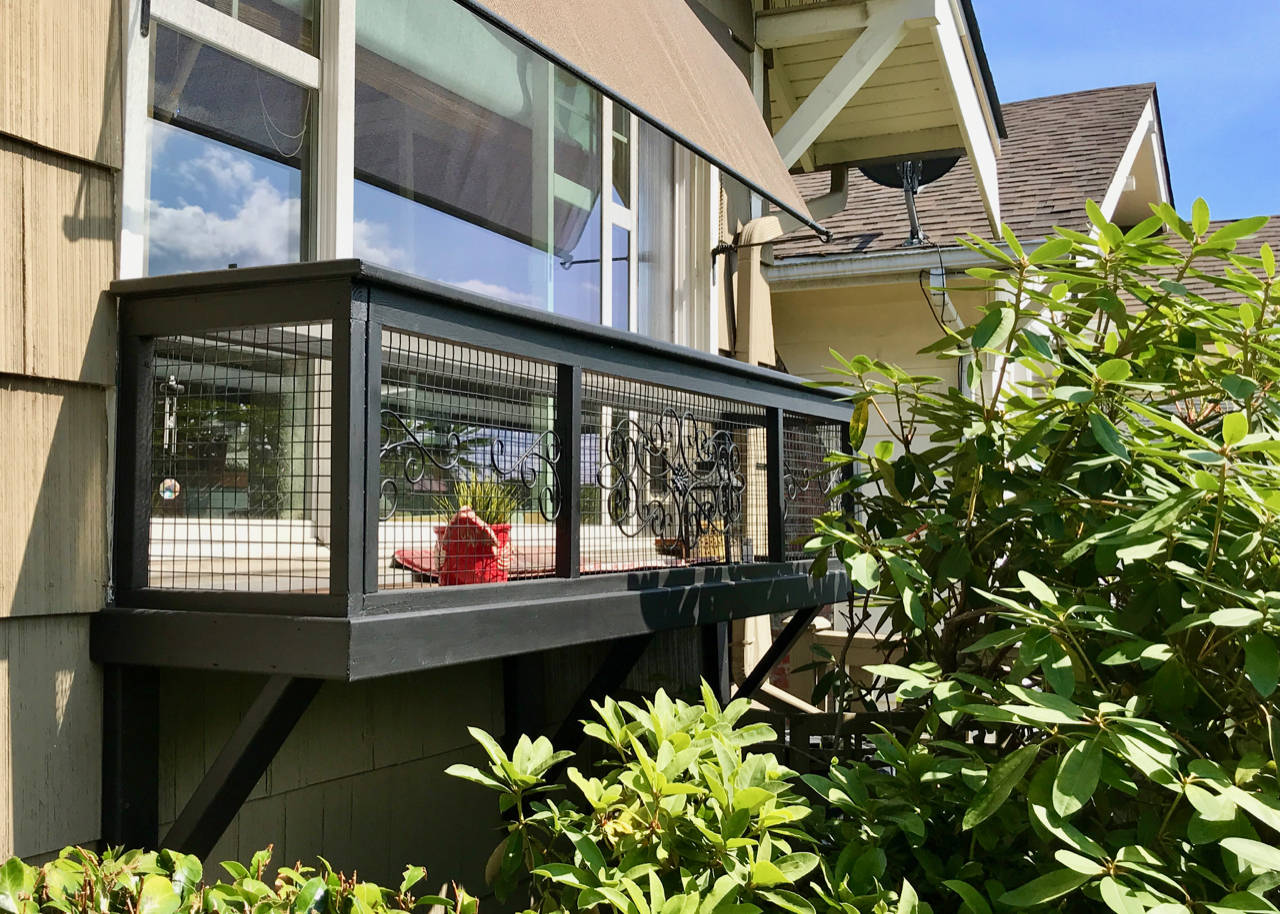 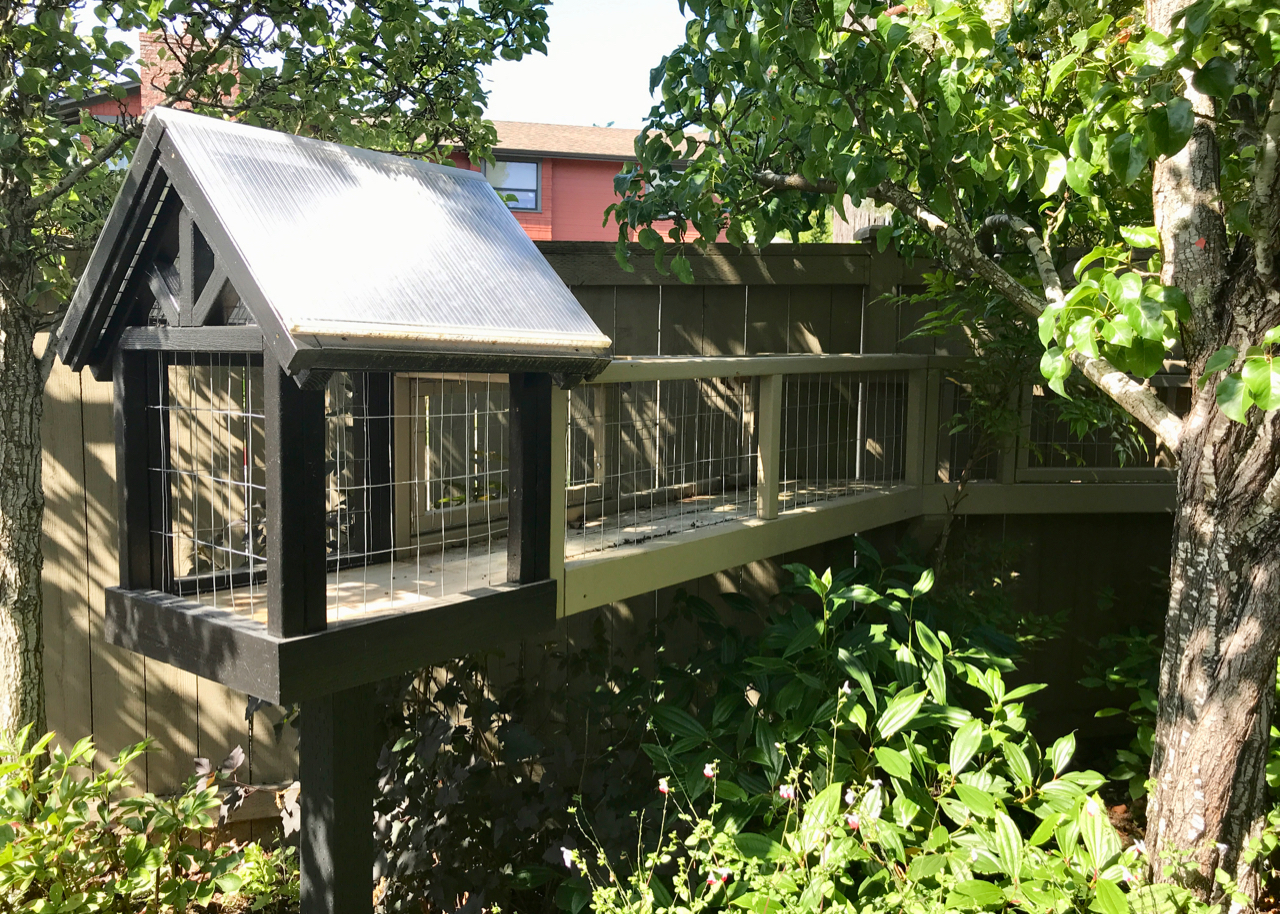 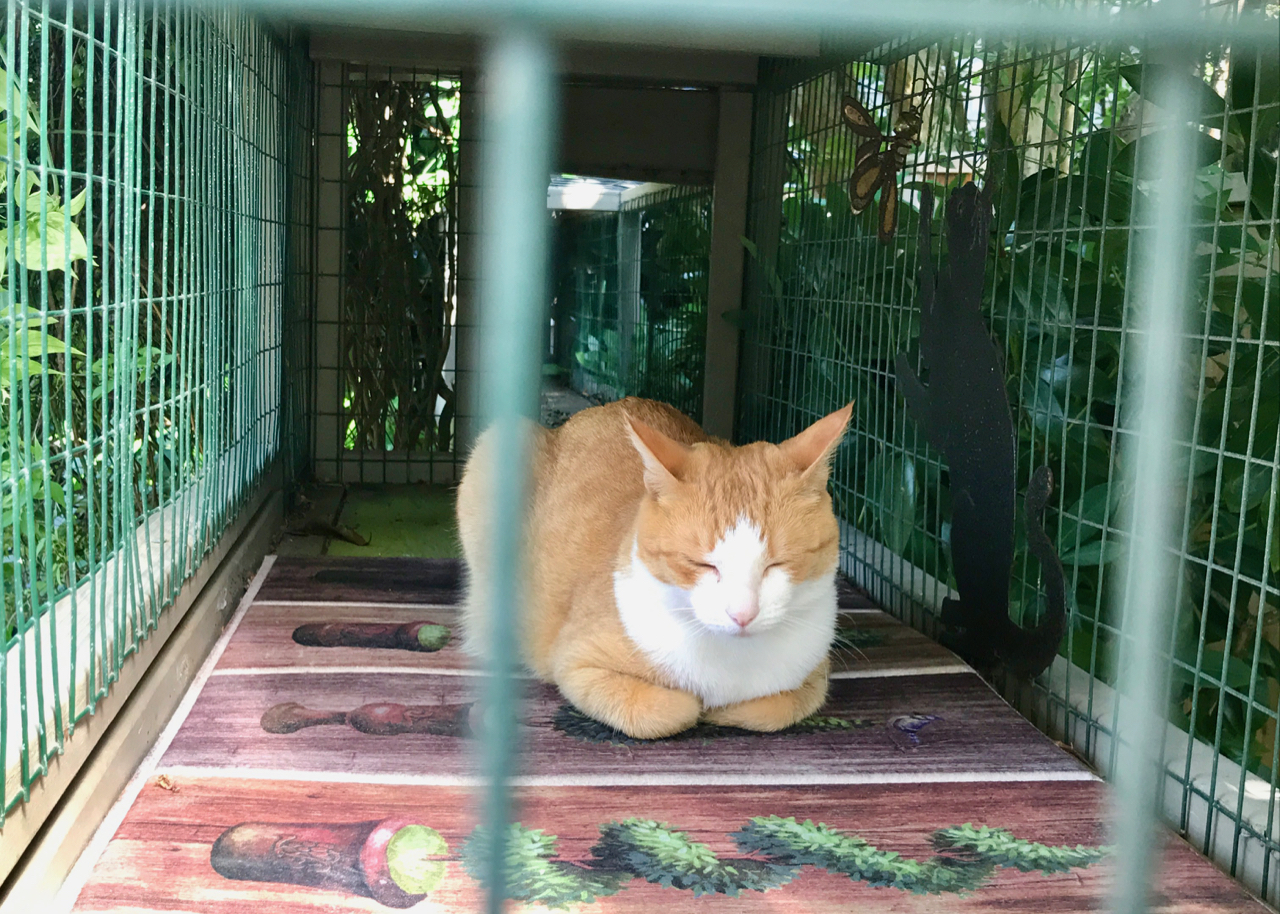 Talk about lucky ladies! Penne’s Palace is another Catio Spaces custom design that sits upon a garden shed and is connected to the house via a polycarbonate covered tunnel which provides year-round access. The beautifully painted outdoor environment features a pyramid roof, cat lookout, awning, cedar flooring, and a planter box. 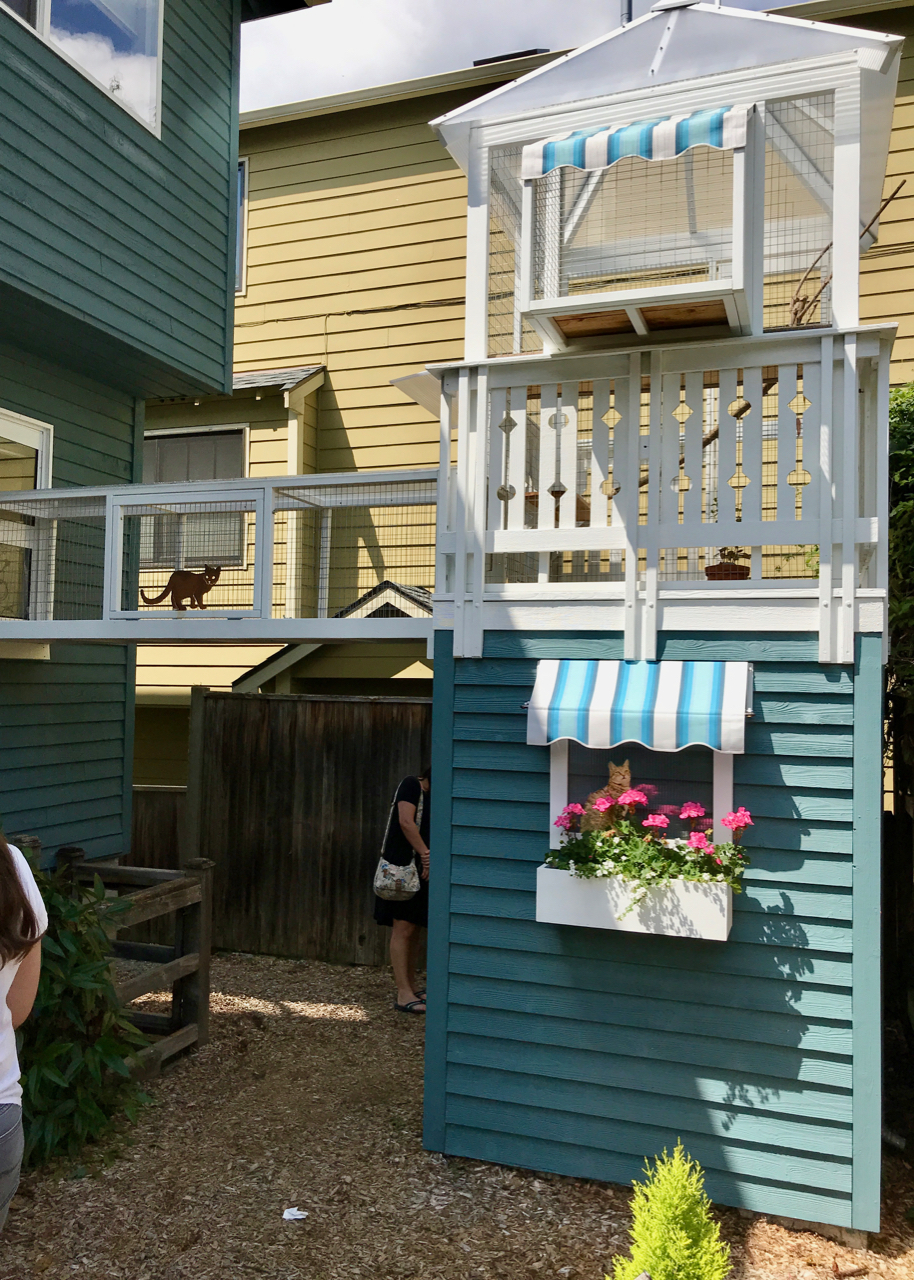 The CATsle was built by a couple of super nice homeowners who kept adding new elements over time. The current enclosure(s) are awesome if almost impossible to capture by camera. The original catio was built off the side of the house and includes shelves along the perimeter, a natural tree trunk, colorful stepping stones, and a sisal rope climbing / scratching pole. A tunnel was added last summer that connects an upstairs bedroom on the opposite side of the house to the catio. Pawsome! 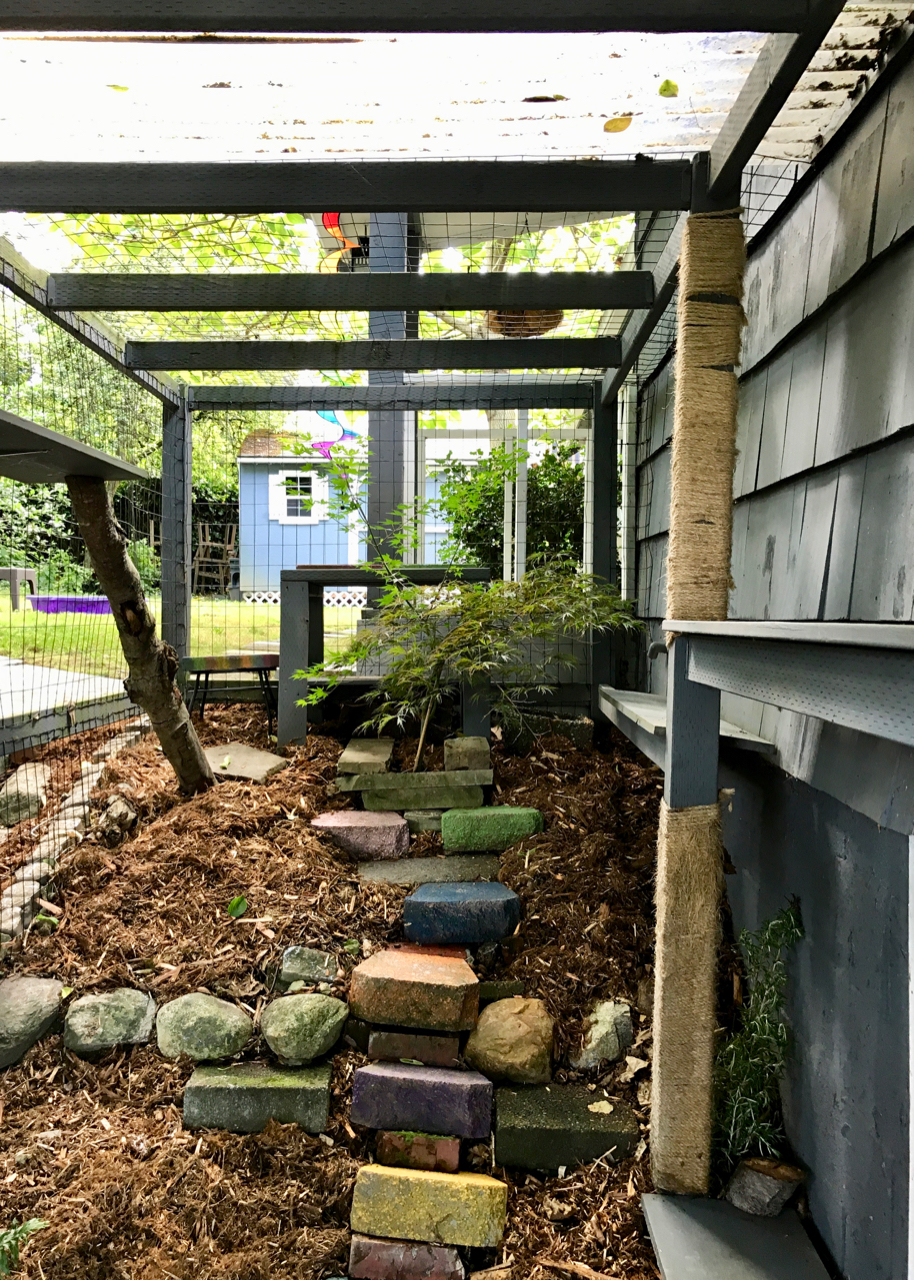 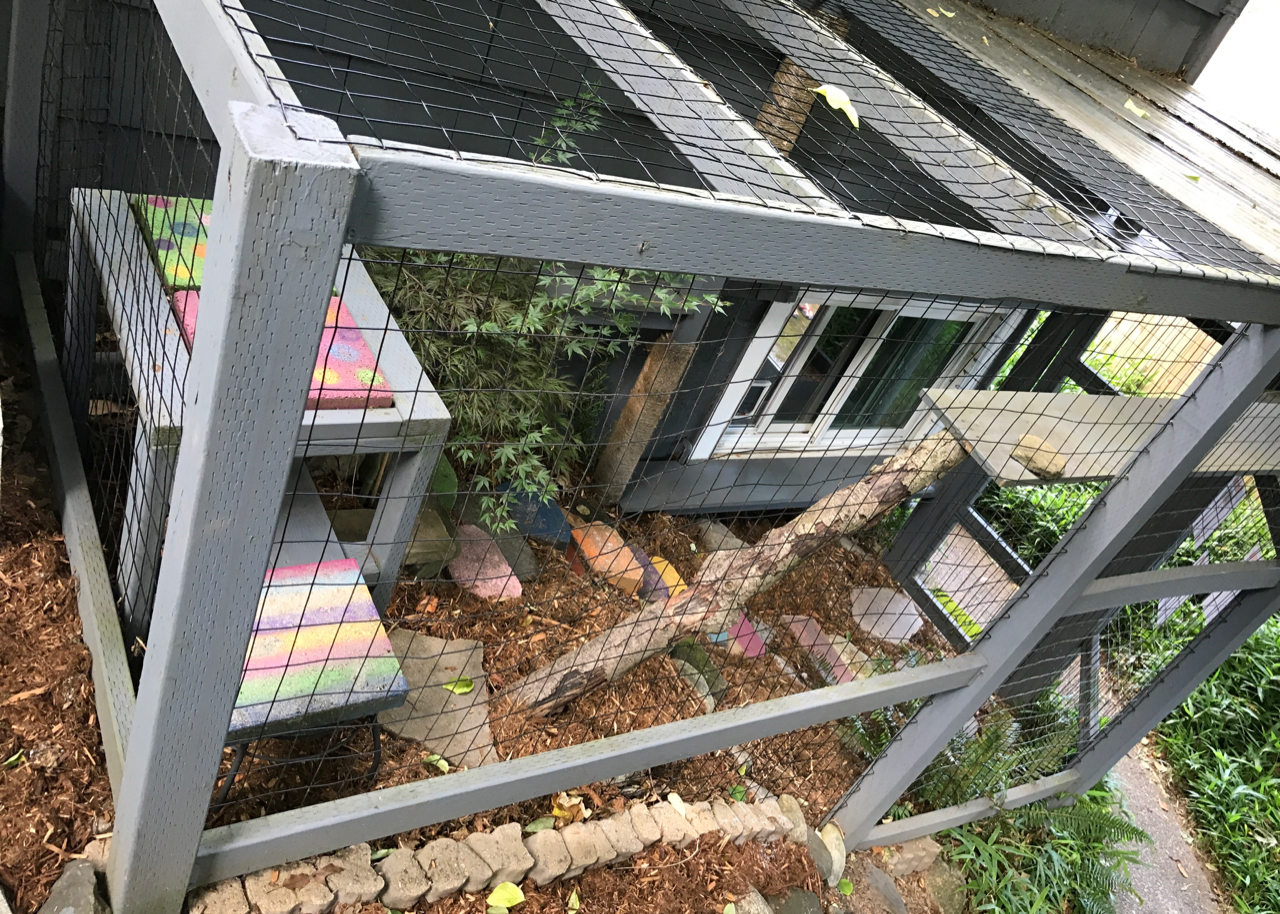 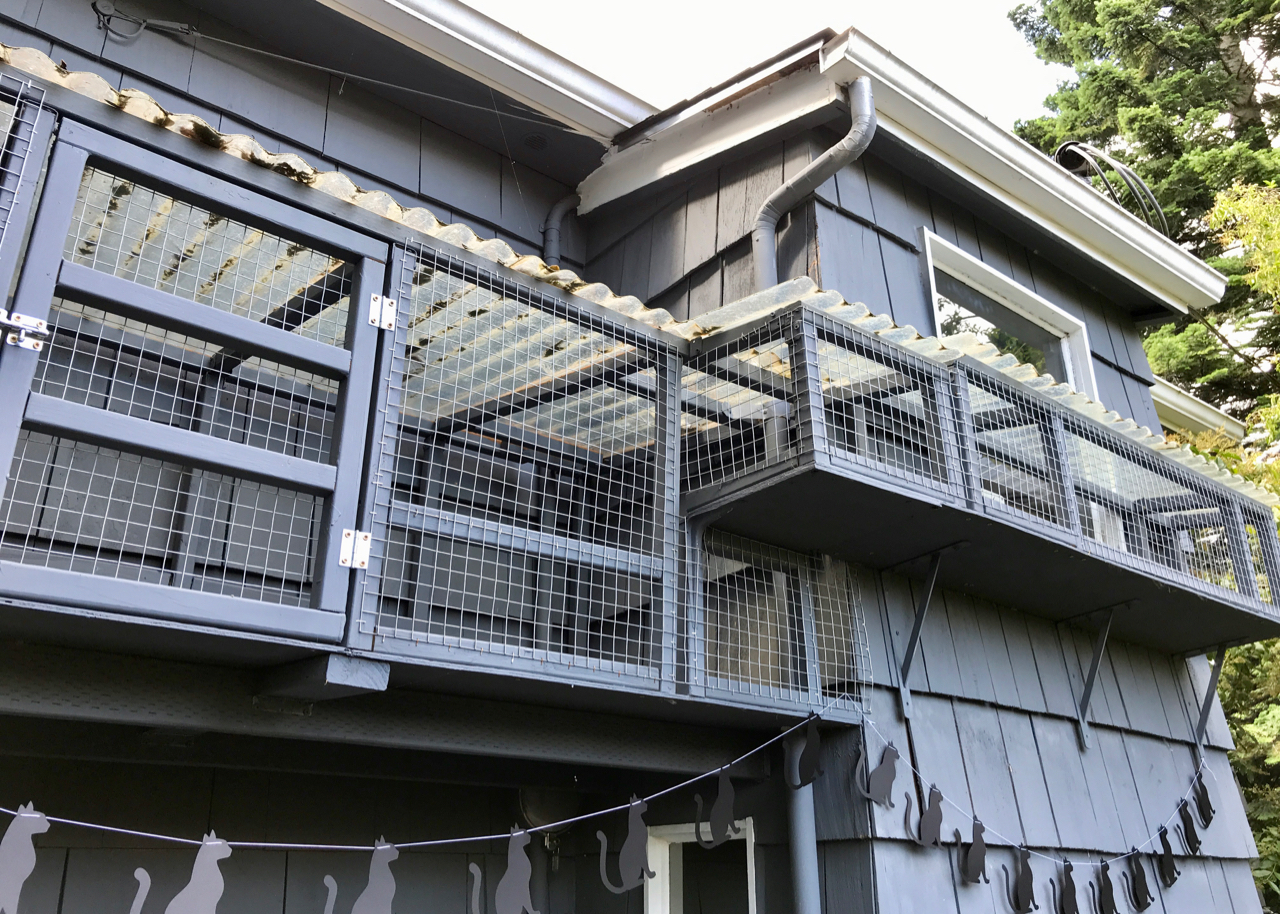 This large 12′ x 11′ x 10′ enclosure, built by Catio Spaces, allows for the cat parents to lounge outside comfortably with their furbabies. I also loved the door mat and multiple bird feeders set up to provide plenty of great CatTV. 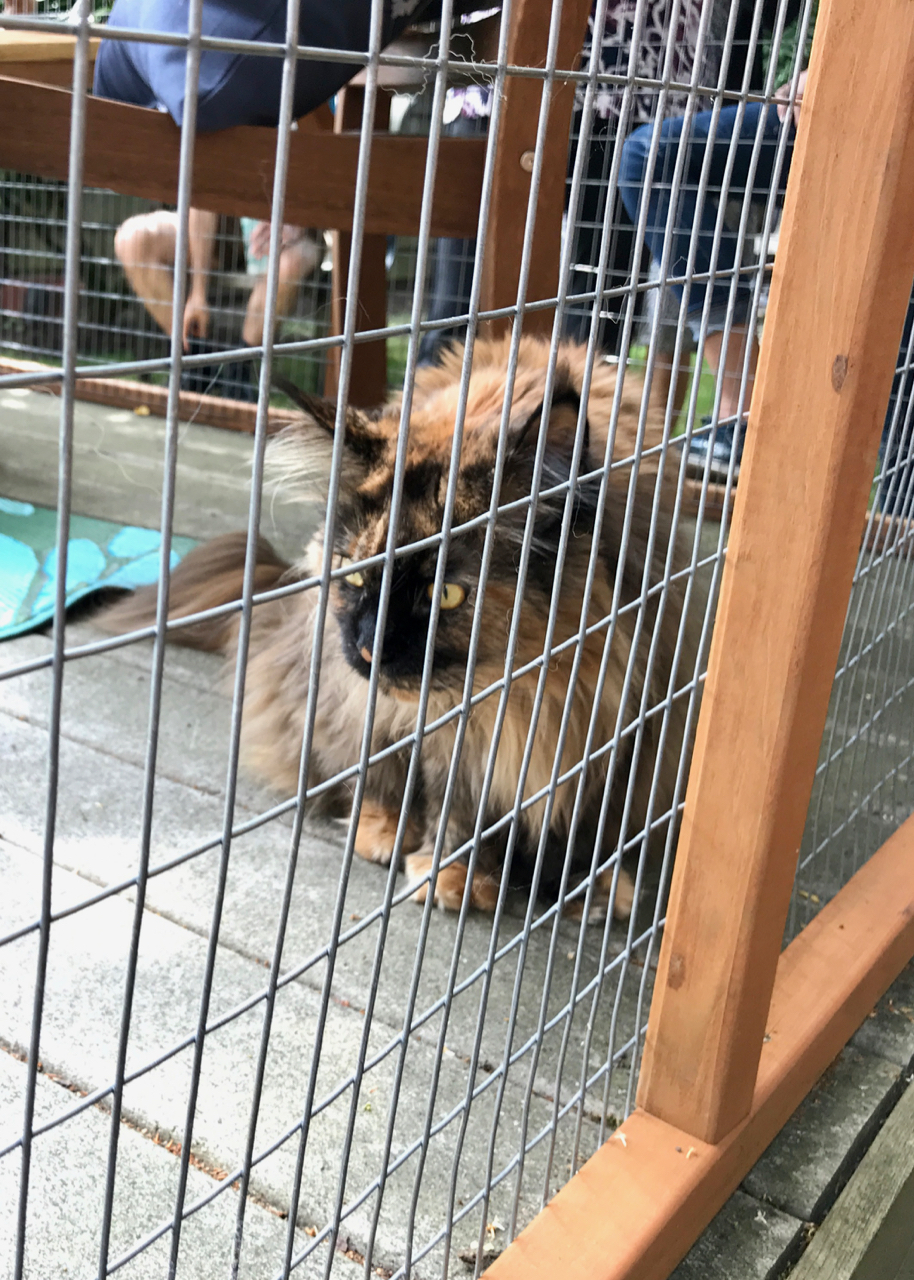 The cat’s name is Joie. 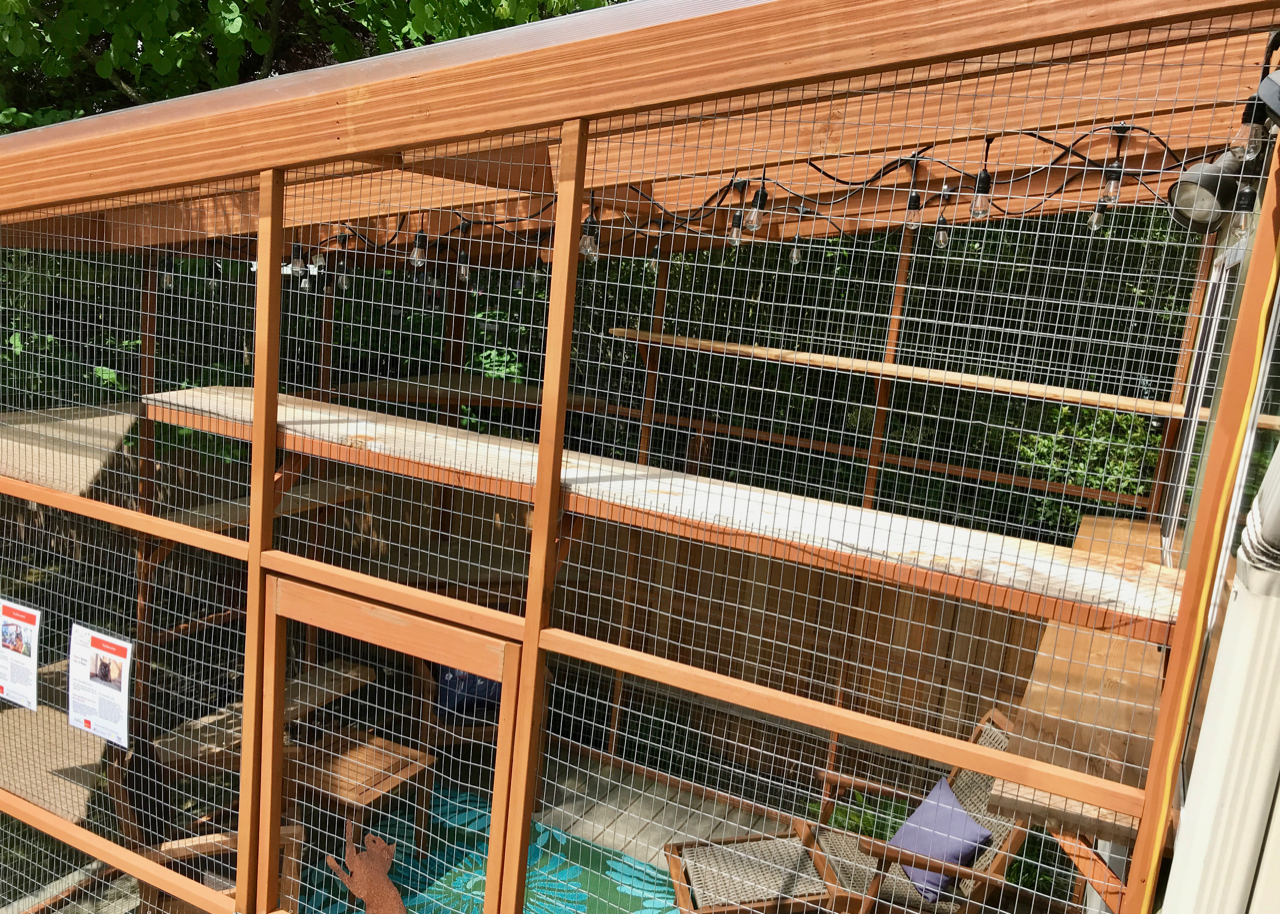 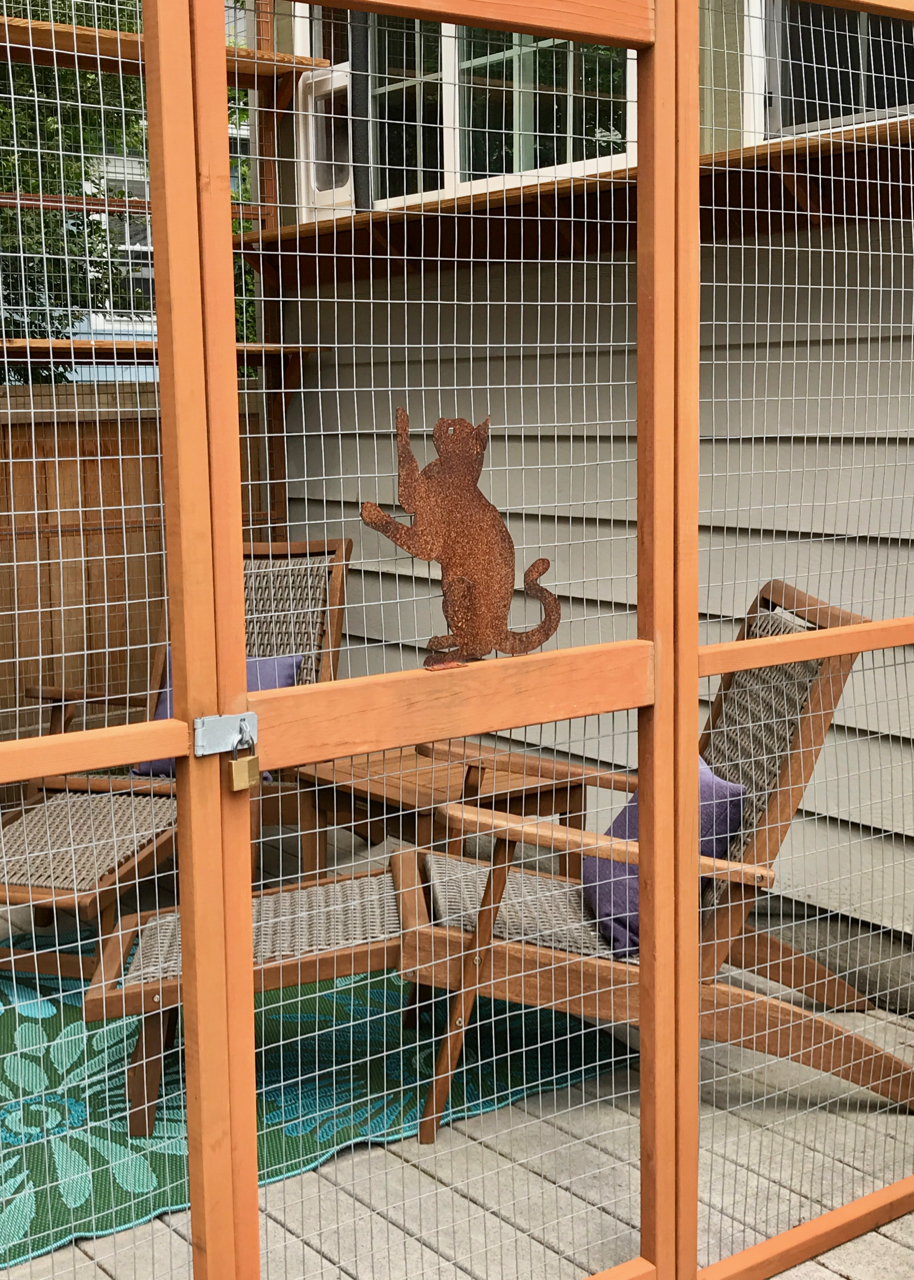 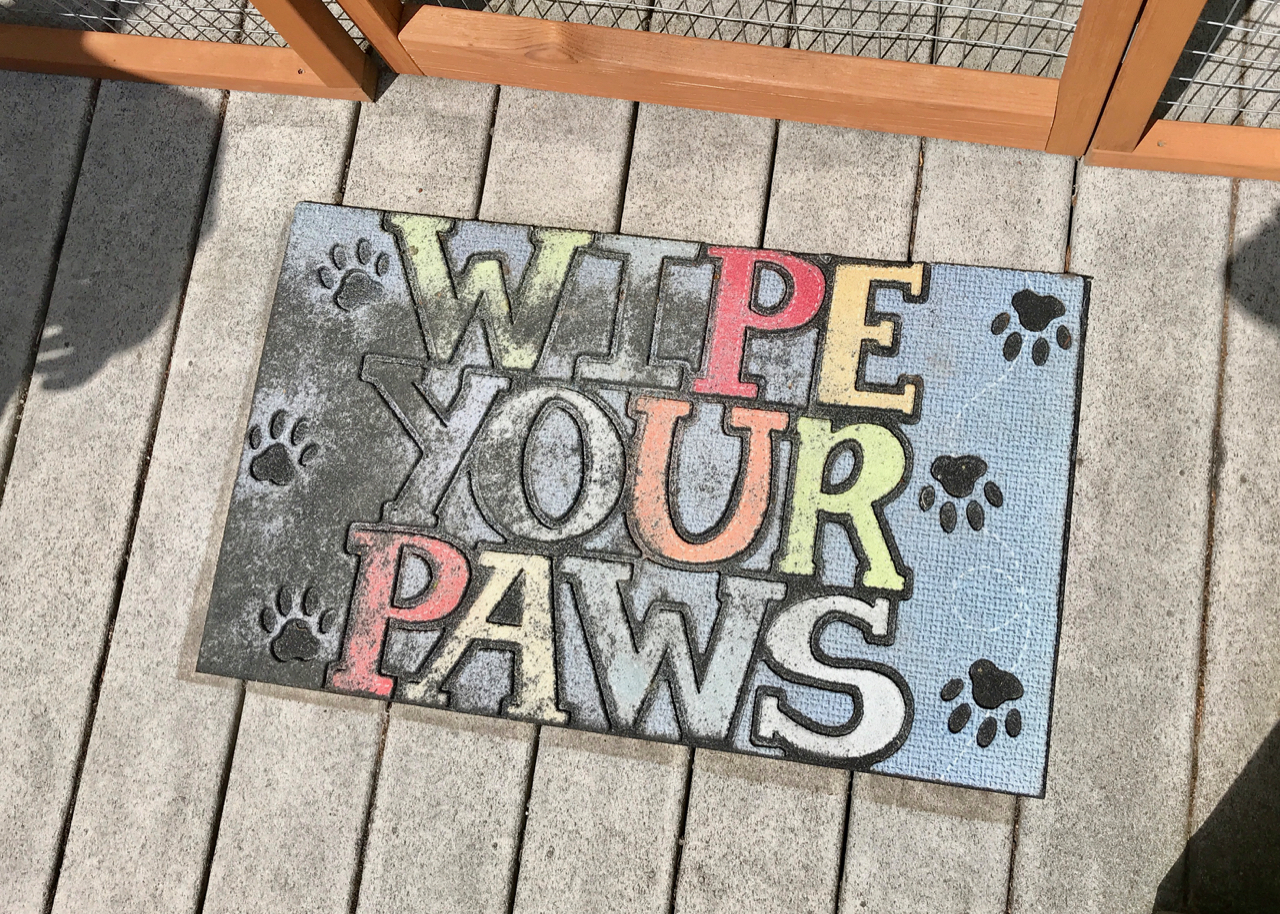 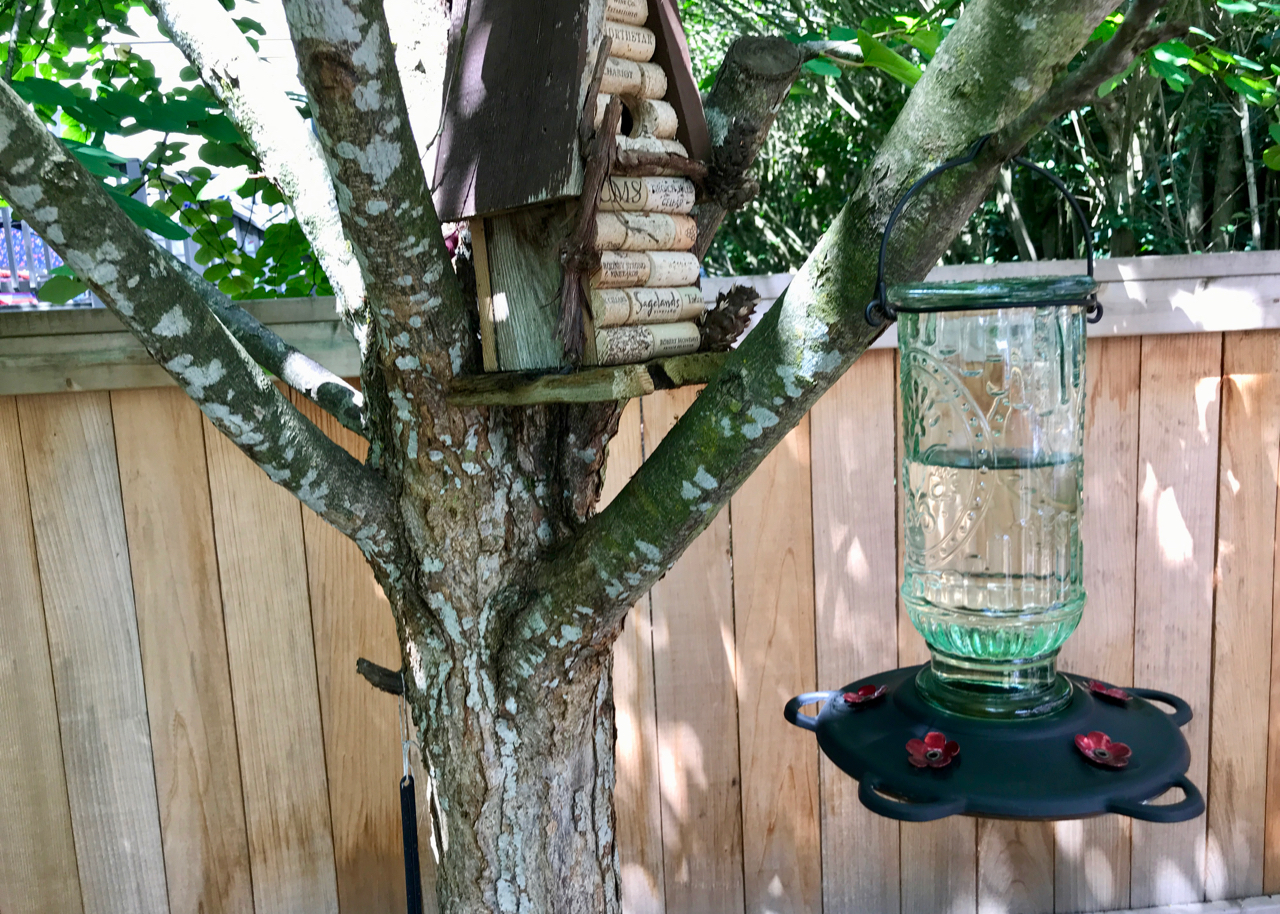 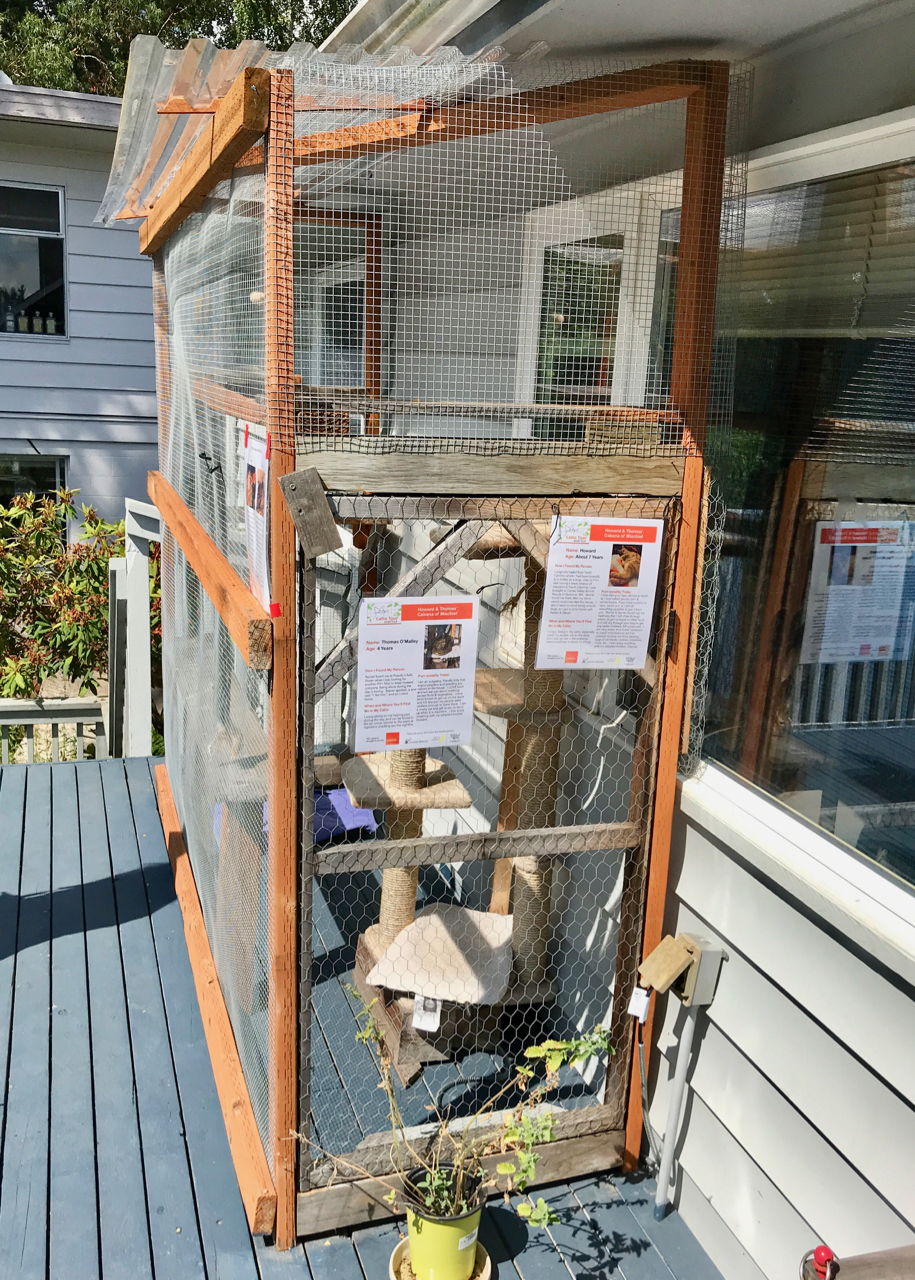 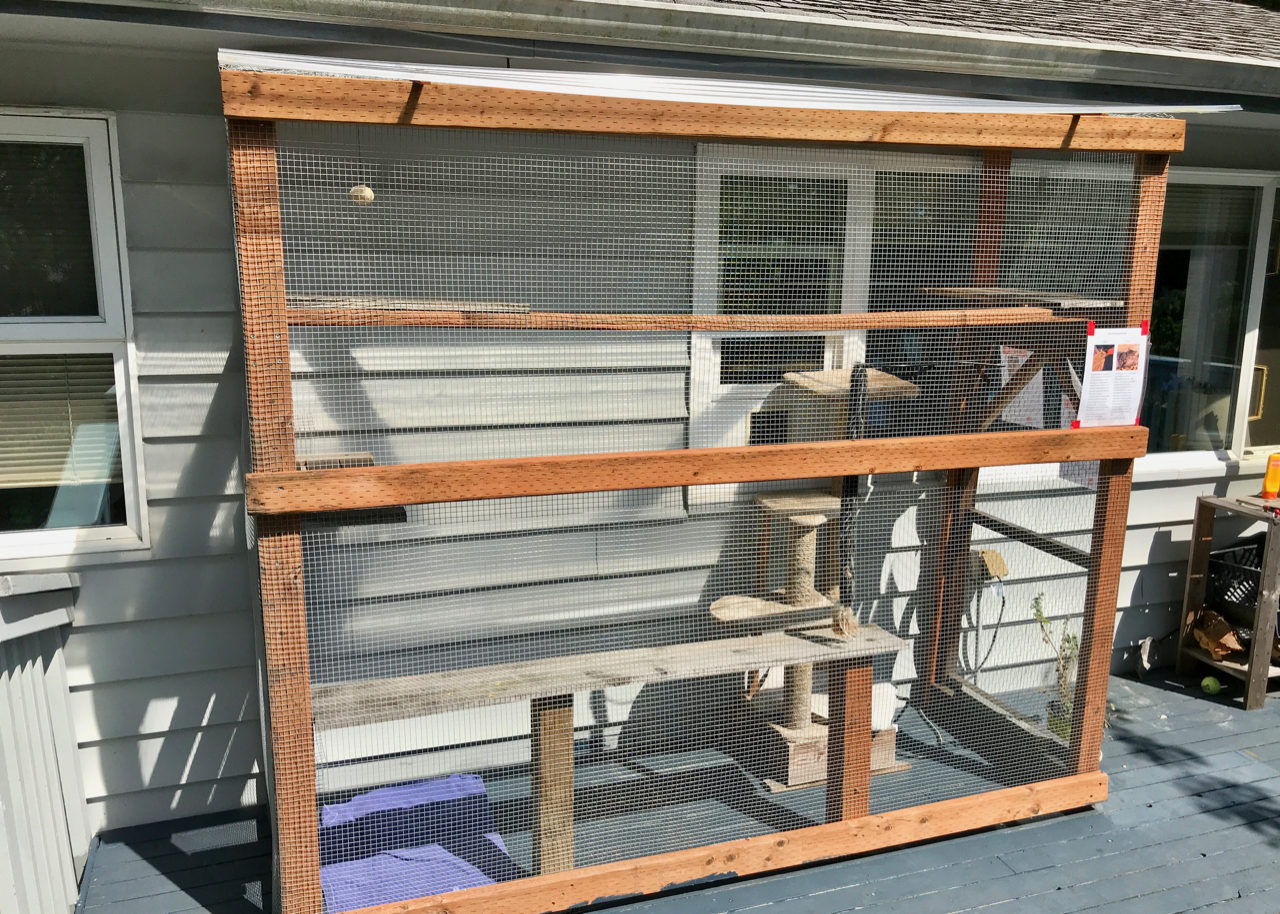 This enclosure has 3 levels and staircases that help the cats move between levels. Additionally, there is plenty of room for the homeowners to hang out with the kitties. More than 380 square feet of room to be exact. 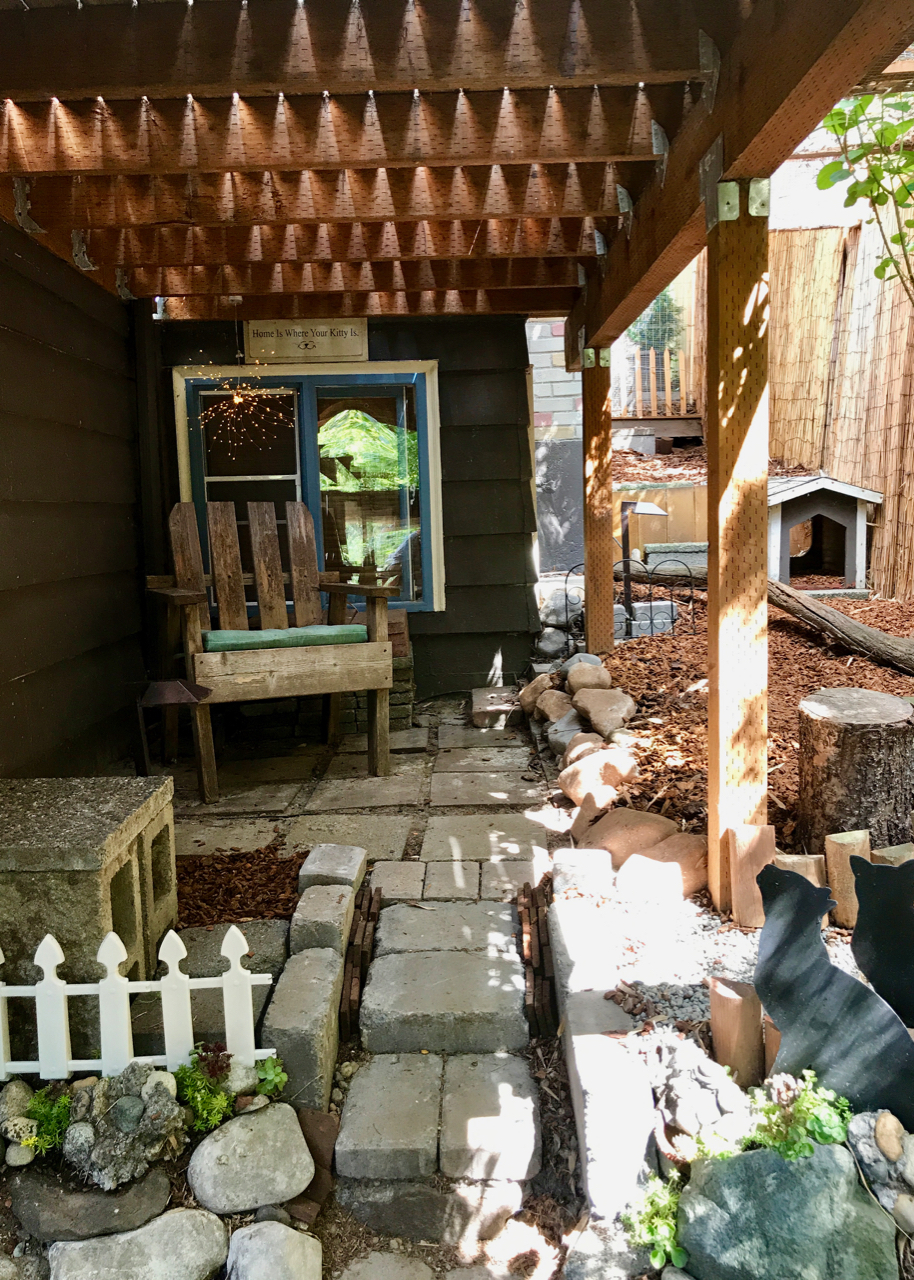 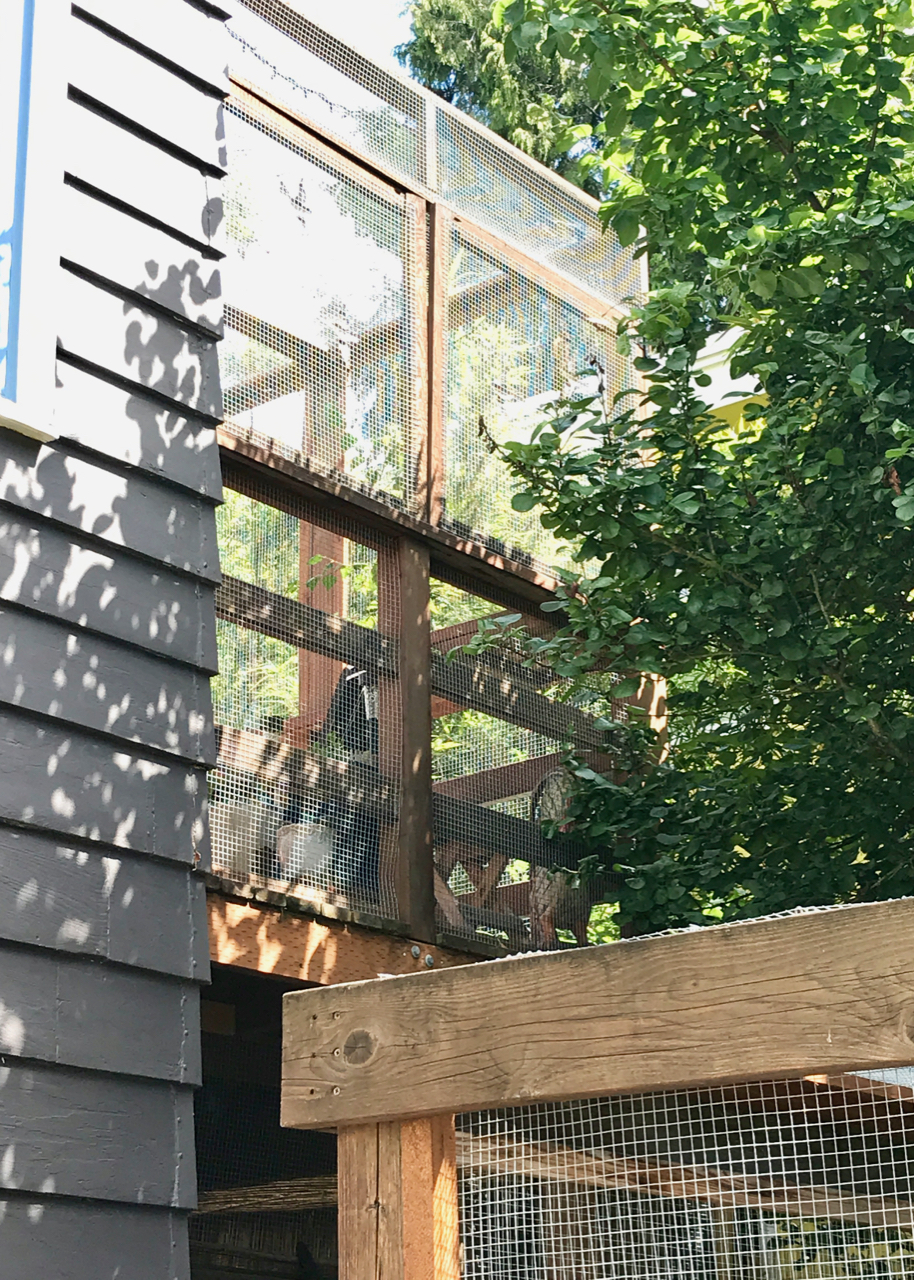