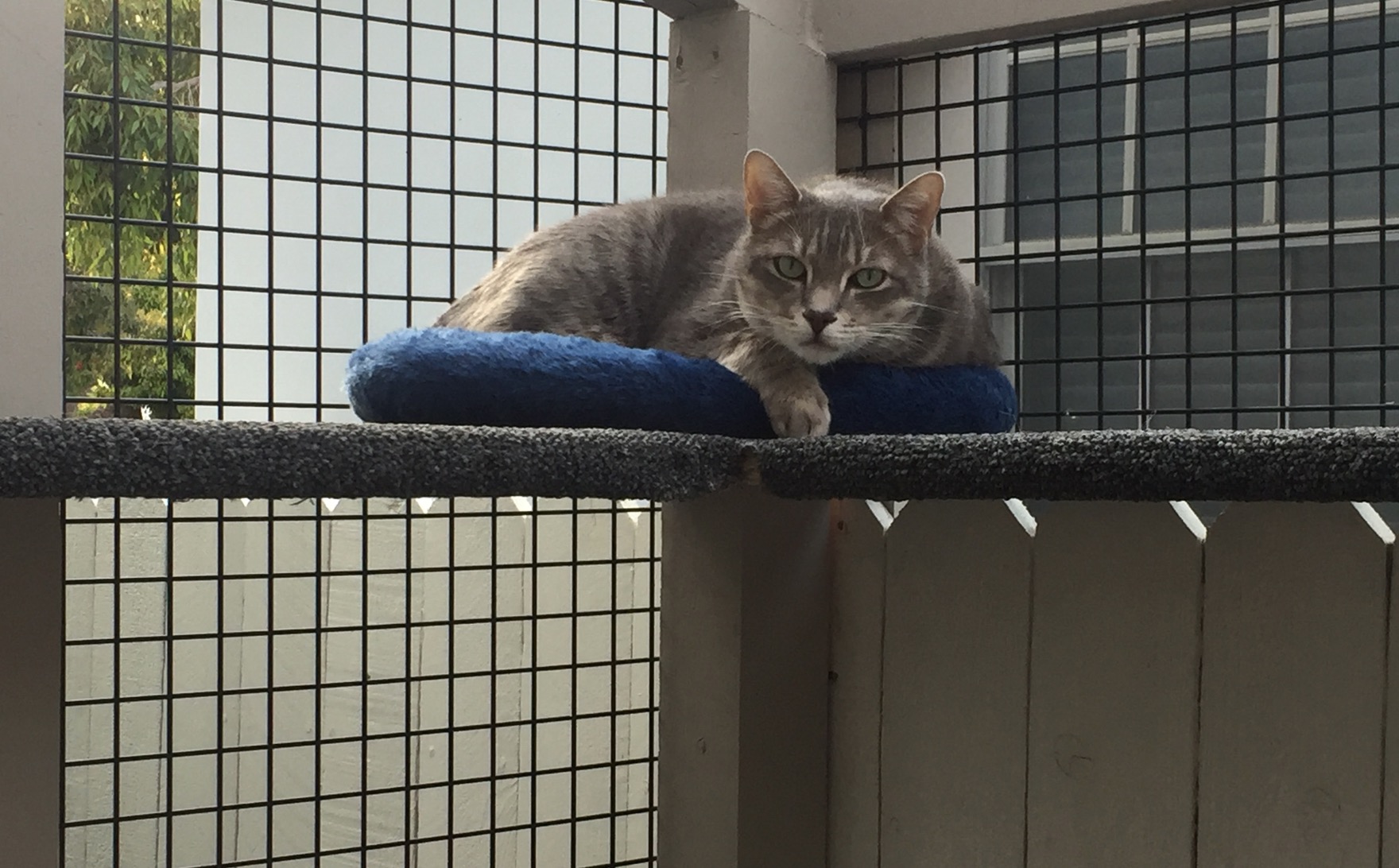 Back in June we wrote about Catios going mainstream with extensive articles in the NY Times and The Washington Post.  Apparently that was just the tip of the iceberg as major news outlets continue to cover the catio trend. Below are a few recent pieces from major newspapers hyping feline enclosures as an excellent alternative for pet owners:

The Telegraph: Rise in luxury ‘catios’ which allow felines to enjoy the outdoors danger free

Jon Bowen, Lecturer in Small Animal Behaviour at the Royal Veterinary College, recommended building a cat-servatory with plenty of opportunity for climbing and hunting.

He said: “A properly designed cat patio could be a good way to provide added stimulation for cats that would otherwise be kept indoors. Cats living entirely indoors in a small urban apartment or house is a recipe for frustration, conflict, stress and behavioural problems. A cat patio could really help, especially in multi-cat households, but only if the space is dedicated to providing the cats with additional activities.

“For example, apart from hunting small birds and mammals, cats also hunt and eat insects. An outdoor run could provide cats with a good opportunity to perform some insect hunting behaviour it was planted with flowers that attract butterflies. It is also somewhere cats can climb, scratch, smell fresh air and watch what is going on in the neighbourhood.”

Cat experts say catios can serve important functions for cats, beyond simple exposure to the outdoors. Catios provide entertainment and exercise, especially if they are outfitted with climbing structures.

“They’re happier, like any of us, when they get a little exercise. They’re less stressed,” said Kellie DiFrischia, co-director of Columbus Dog Connection, an East Side rescue shelter for both dogs and cats. “It’s visual stimulation. It’s really invaluable.

Ask the owner of an outdoor cat why they let their pet come and go and they’re likely to tell you they have no other choice — the cat makes the rules, and they simply comply.

But that convention might be changing in the wake of consistently troubling city of Toronto data about the number of cats that are found dead every month. Some owners are convinced they’ve found the perfect solution to keeping their furry family members both safe and outdoors.

Angelenos should contact us when ready to get on the catio train!